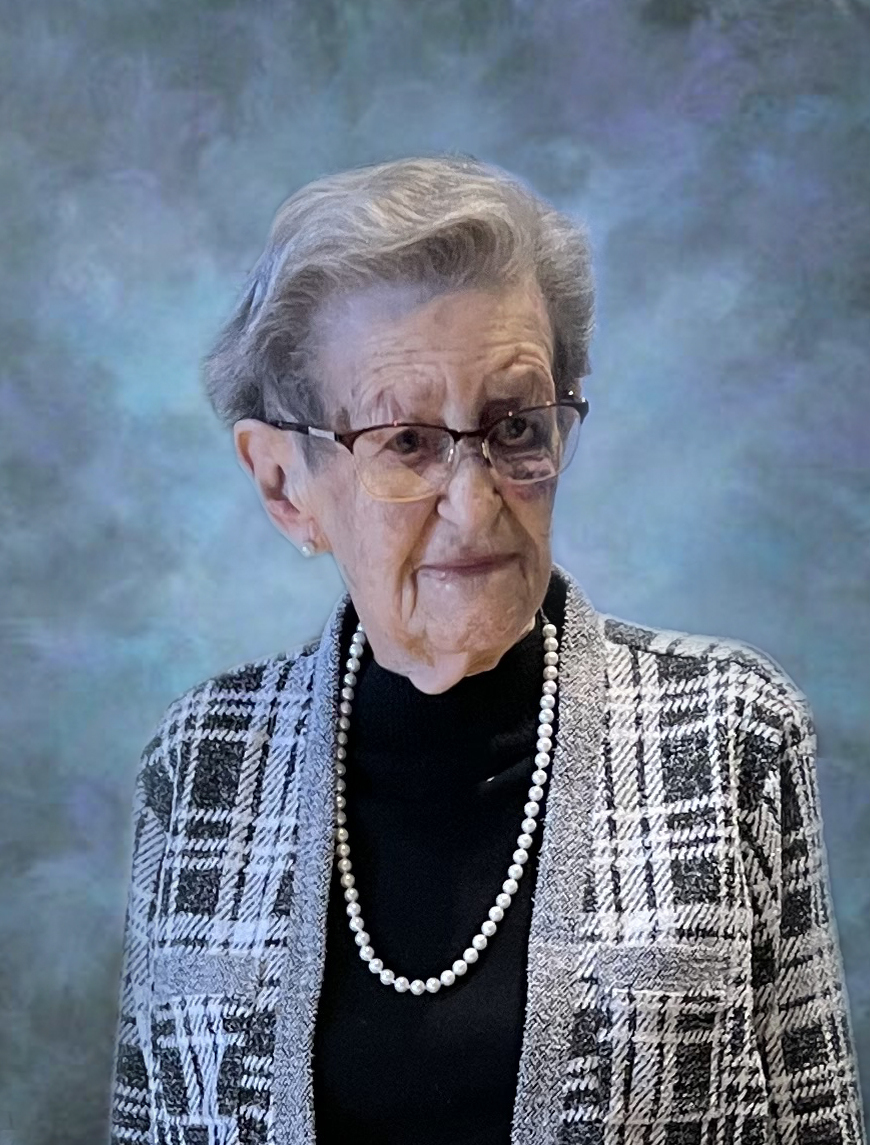 Vera Kathleen Hannon passed away on October 20, 2022 at The Meadows in Swift Current SK at the age of 95 years. Vera was born on February 27, 1927, on the homestead near McCord, SK to Alfred and Sarah Munford. She was one of six children with four sisters, Mildred, Lauretta, Frances, and Wilma and a brother Elmer. That same year the family moved to their new home. Growing up many hours were spent skating on the Wood River. After she finished school, she moved to Regina and worked at the General Hospital. On November 25, 1950, Vera married Gordon Hannon. They also purchased the family farm, the place they called home until 1991 when they moved to Swift Current. During these years, were blessed with three sons, Doug, Clayton and Wendell.  The first few years were difficult as each boy had health issues. Vera would spend hours rocking the boys watching the sun set and rise as she cared for them.  She was a tough lady and could go without sleep and still put in a full day's work.  Vera took care of everyone.  She was a proud grandma and loved it when the grandchildren would visit. She always had special treats ready for a snack, fresh baked chocolate chip cookies, Velveeta cheese in the fridge and Ruffles in the cupboard. Vera and Gordon supported all their grandchildren by going to hockey games, skating carnivals and anything else in which the grandkids were involved. Her support and love meant the world. In 1985, Gordon suffered a heart attack which forced him into retirement. This led to many changes in their life. They invested in a holiday trailer and spent a few winters in Yuma and summers in the Okanagan. On their travels and throughout their lives, they made many close friends. Vera loved visiting, playing cards, puzzling, and crocheting. She was soft-spoken and kind, always holding your hands when talking. Vera had a spoon collection from the different places she had travelled to, and spoons that were given to her by friends and siblings.  Her great-grandchildren treasured playing with the trinkets she kept along the wall in her apartment in Swift Current. They were gifts she received from family and friends from their travels, and she could tell you who gave her each one and where it was from. Vera was a wonderful mother, grandmother, great-grandmother, sister and friend. Our family is truly grateful for her unconditional love, kind heart and endless patience. We will miss her dearly. Vera is survived by her loving family, son Douglas Hannon; son Clayton (Aline) Hannon, grandson Lane (Katy) Hannon, grandson Dustin (Charmayne) Hannon and great-grandchildren Barrett and Paisleigh, and grandson Cole Hannon; son Wendell (Denise) Hannon, granddaughter Amberlea (Derek) Chabot and great-grandchildren Taeya and Jade, grandson Shane (Morgan) Hannon and great-grandchildren Brynlee, Kenzie and Emry, granddaughter Jenna (Matthew) Axten and great-grandchildren Kai and Isabelle; sister Wilma Dawson. Predeceased by her husband Gordon Hannon (2013); sisters Mildred Thomson, Lauretta (Leslie) Shewan, and Frances (Merv) Kelly; brother Elmer (June) Munford; brother-in-law John Dawson. A Graveside Funeral Service was held on Tuesday, November 1st, 2022, at 2:00. p.m., at the McCord Cemetery with Ruby Sayers officiating.  The urn bearers were her sons, Doug Hannon, Clayton Hannon and Wendell Hannon. The eulogy was shared by her grandsons, Lane Hannon and Shane Hannon at the luncheon that followed in McCord Hall. Memorial donations in Vera’s memory to the McCord Cemetery Box 62 McCord, SK S0H 2T0 and the McCord Community Hall Box 89 McCord, SK S0H 2T0 were greatly appreciated.