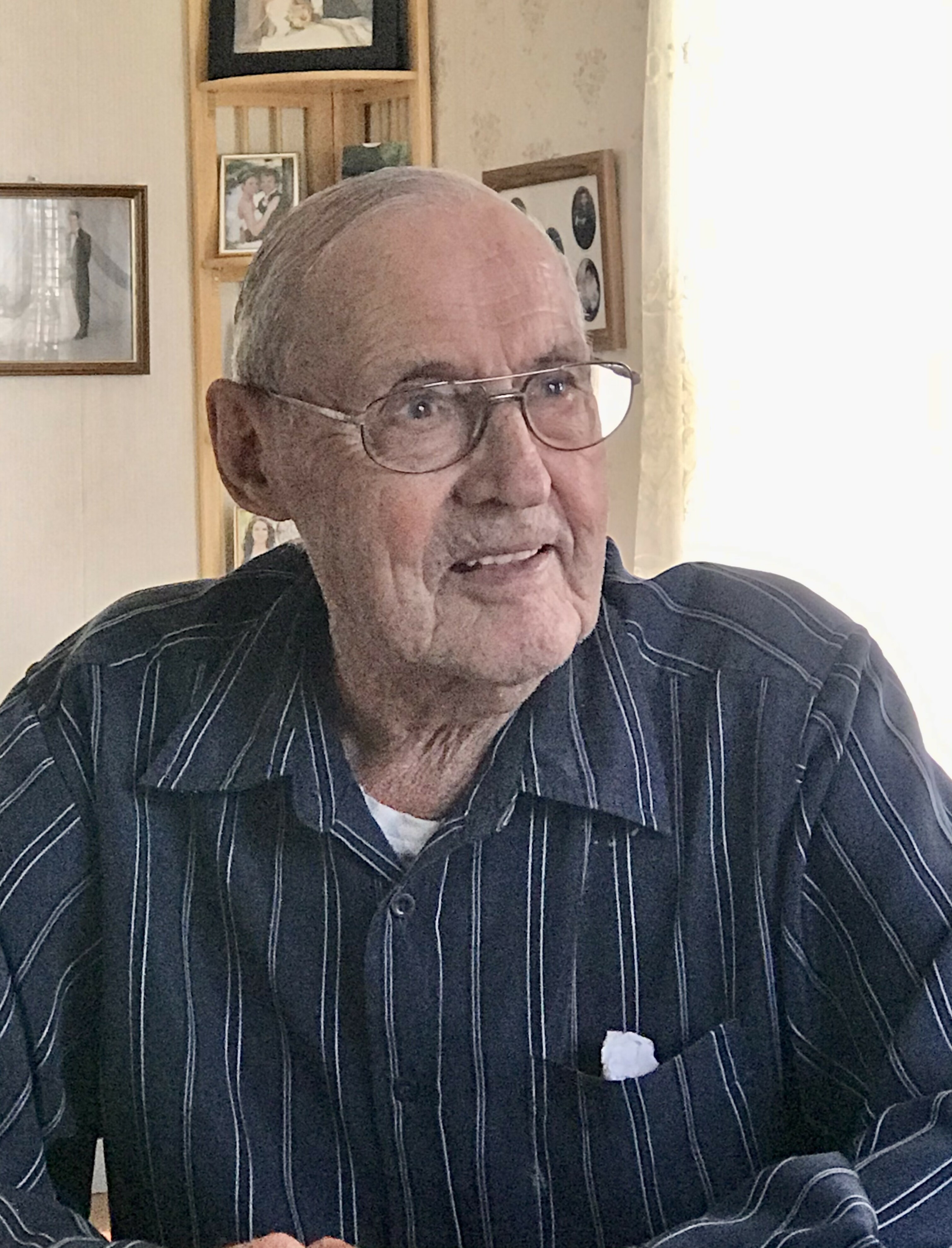 A family graveside service will be held at a later date.

Gordon was born on the family farm south of Hazenmore to Roy and Nancy Lawrence. He and his twin sister Mabel were born on August 31, 1933. Gordon attended Jack Creek School. He helped on the family farm until 1952, then went to work with the Department of Highways. In 1955, he returned to the farm. Gordon met his future wife Shirley Fizell when they attended a wedding for Gordon’s cousin and Shirley’s sister. They were married in Swift Current on November 6, 1956. After a brief honeymoon, they settled on the farm. After two daughters were born, they moved to Hazenmore, and Gordon continued farming. Another daughter and two sons were born, and the family was completed.

The drought and grasshoppers sent Gordon back to work with the highways for a couple of winters. Gordon and his brother-in-law set up a grain cleaning business for three years cleaning grain for the local farmers.

After his farming career, he bought a backhoe and dug culverts, buried rock piles and trenched. Gordon bought a boat and he and Shirley spent many relaxing hours fishing. They loved to go to Waterton, they made a couple of trips to visit his sister in Vancouver and many trips to Medicine Hat to visit their daughter and family. Gordon's love for airplanes and airshows took them to many in Moose Jaw and Lethbridge.

Dad had a wonderful sense of humour and enjoyed all the happy fun get-togethers we had. Lots of laughter and good teasing was had by all. He thoroughly enjoyed his grandchildren and great-grandchildren, giving all of us so many happy memories. He will be sadly missed by all!

A family graveside service will be held at a later date. In lieu of flowers, memorial donations in Gordon’s memory may be made to the Kincaid and District Health Centre Board Box 11, Kincaid, SK S0H 2J0. The family would like to give a heartfelt thank you to the doctors, nurses, and staff at St. Joseph Hospital in Gravelbourg for the kindness and compassionate care given to Gordon.

Share Your Memory of
Gordon
Upload Your Memory View All Memories
Be the first to upload a memory!
Share A Memory