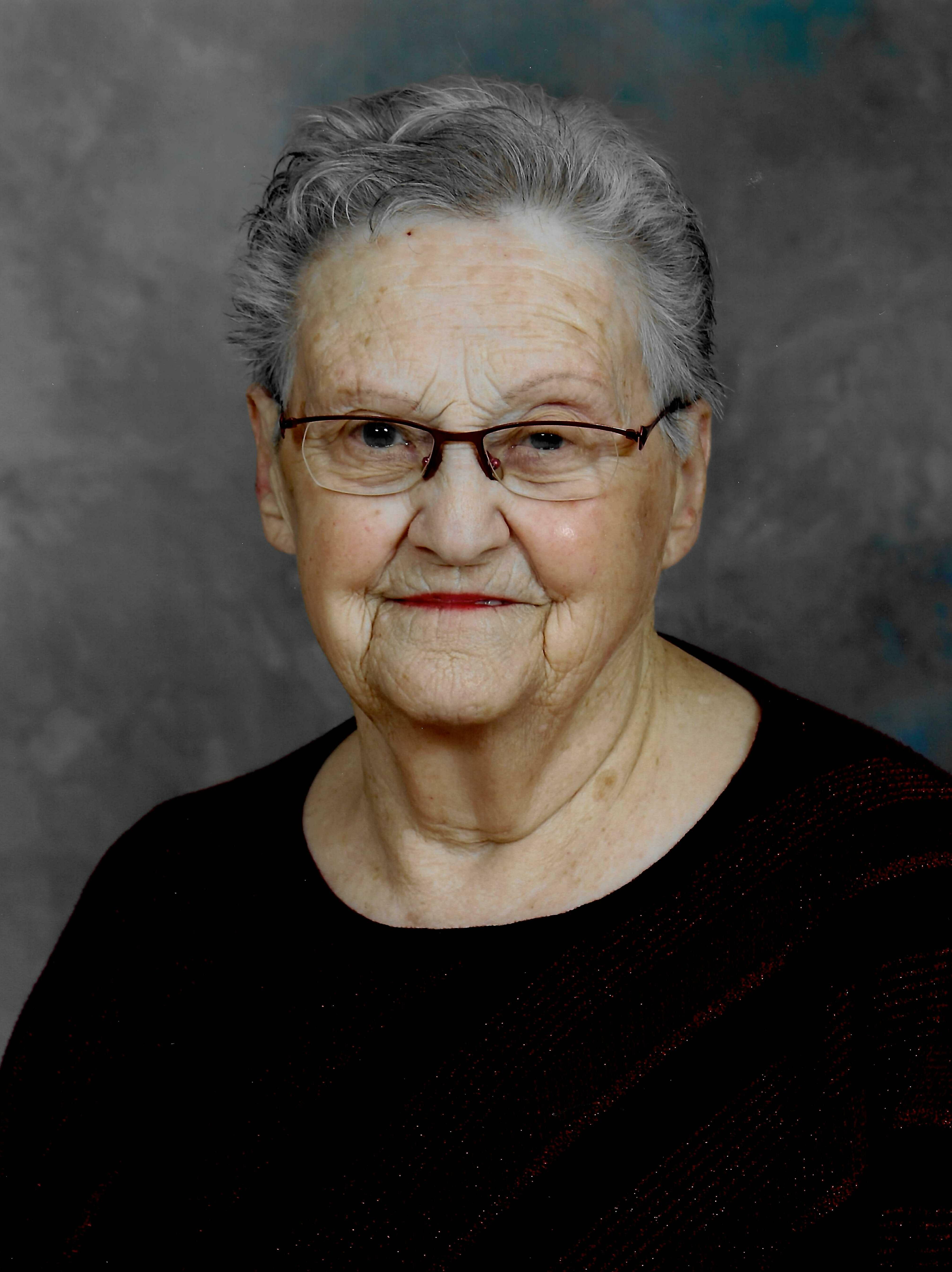 Jeanne was born on October 25, 1926 on the family homestead in Coderre, SK. She was called home on January 5, 2023 at the Foyer d’Youville after a life well lived. Jeanne was the first child born to Frederick and Marie Louise (nee Boisclair) Poirier. She was the eldest of 11 children and grew up on the farm contributing to family life and had the privilege of attending some high school at the Gravelbourg Convent. She met Cyril Gauthier at a family wedding and fell in love with the handsome farmer. They were married in 1946 and together farmed in the Coppen/Gravelbourg area for 37 years and raised 10 children. Jeanne was a hardworking, spiritual woman who gave her all to whatever life threw at her. From raising a family, being a farm wife, planting enormous gardens and later in life, nursing at the Gravelbourg Hospital for 13 years. She was a huge influence in the community assisting many families with end-of-life care for loved ones. After Cyril’s passing, Jeanne chose to help her niece Terry at the bakery, where she spent many hours bagging buns and enjoying the public. She hung up her apron at the age of 87 years. Jeanne was so proud to move into her large home in Gravelbourg in 1987 where she hosted huge family gatherings until her move to the Foyer d’Youville in October 2017. Mom loved nothing more than to be surrounded by family whether it be children, grandchildren, siblings, nieces, nephews,  friends, or in-laws. She loved to host and was always willing to provide a meal and a game of cards. Her favorite saying to her children was always “Accorder Vous” meaning get along! That saying served us well as she was the true example of love, patience, empathy and cooperation. Thank you, Mom! Jeanne was predeceased by her loving husband of 56 years Cyril Gauthier (2003), her precious grandson Brandon Gauthier (2013), son-in-law Ronald Blouin (2010), as well as 7 siblings and 8 brothers and sisters-in-law. Jeanne leaves to mourn her passing her 10 children: Diane (Jean) Aussant, Suzanne Blouin, Louise (Paul) Aussant, Lucille (Paul) Lagasse, Viv (Guay) Chevrier, Gisele (Gerald) Chevrier, Henriette (Greg) Ottenbreit, Colette (Donald) Boire, Liette (Chris) Mitchell and Cyrille (Robin) Gauthier; 30 grandchildren and partners, 46 great-grandchildren and 2 great-great-grandchildren. Also left to remember Jeanne are her sister Irene Gauthier, brother Rene (Lorna) Poirier, brother Albert Poirier, sister-in-law Alma Blouin, brother-in-law Charles (Helene) Gauthier as well as too many nieces, nephews and friends to be mentioned. In honor of Jeanne, the family asks that you show an act of kindness towards your fellow man. Let us make the world a kinder, gentler place to live.

A Funeral Mass in Jeanne’s honour will be celebrated on Saturday, April 1, 2023, at 2:00 p.m., at Our Lady of the Assumption Co-Cathedral in Gravelbourg. Memorial donations in Jeanne’s memory can be given to St. Joseph Hospital/Foyer d’Youville Foundation Box 810 Gravelbourg, SK S0H 1X0.

Share Your Memory of
Jeanne
Upload Your Memory View All Memories
Be the first to upload a memory!
Share A Memory