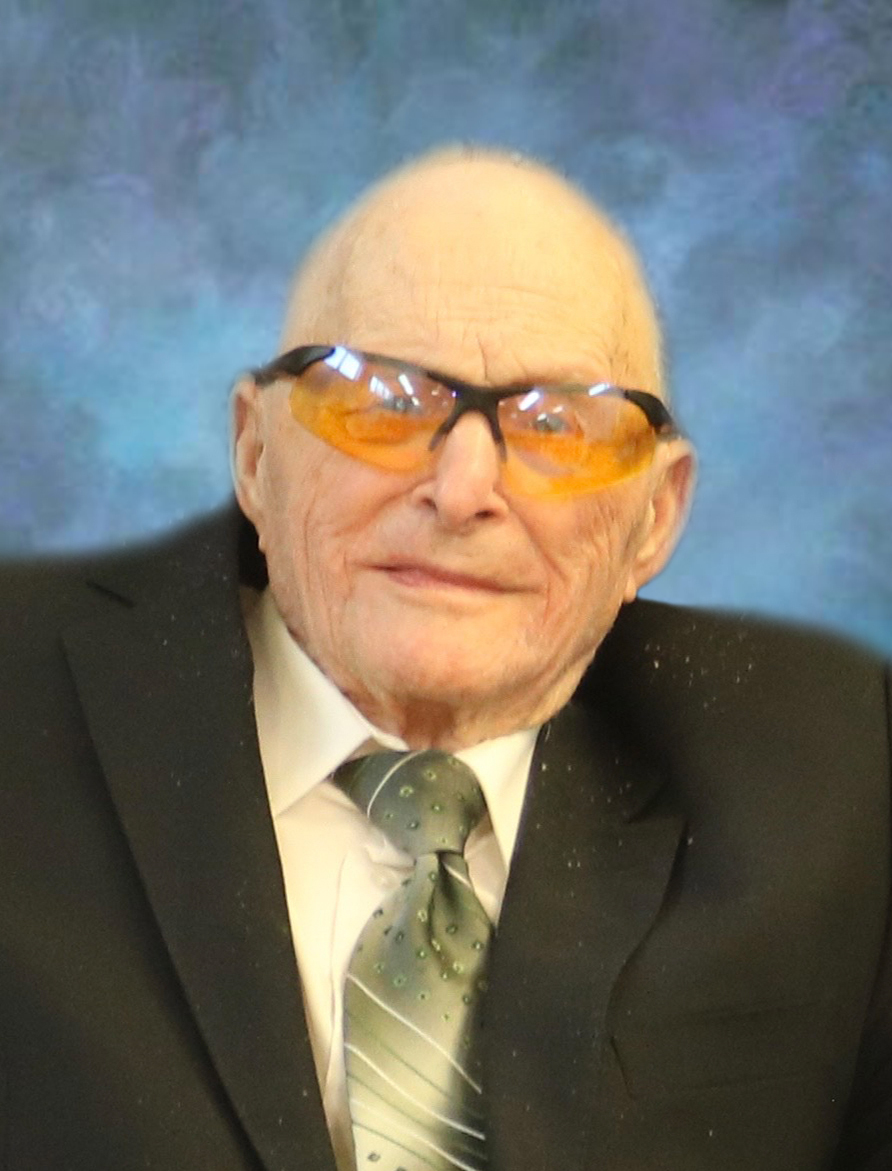 It is with profound sadness the family of Arthur Burton Bodie announce his passing on January 22, 2023.  Burton was born March 31, 1926 on the farm in Mazenod.  He passed away peacefully at the age of 96.  He leaves behind his loving wife, Clara with whom he celebrated 75 years of marriage in November 2022.  He is survived by his one sister Lila Bernardin; four grandchildren, Sean (Andrea) Connors, Angie Connors, Trevor (Tabatha) Bodie, and Kelly (Dale) Reed; seven great grandchildren, Riley Connors, Tara Rousell, Brendan, Rin and Ariana Bodie, Haylee and Chloe Reed;  two brothers-in-law Herb Fox and Don Fox; one sister-in-law Madeline Fox; numerous nieces and nephews.

Burton was predeceased by his parents Arthur and Helen; one sister Audrey; his three children Terry Connors, Robert Bodie, and Jack Bodie; one son-in-law Jim Connors.

Burton farmed until he retired.  During his retirement he and Clara enjoyed traveling south for the winters. He also truly appreciated his family, fishing trips to Anglin Lake each summer for many many years.  Burton loved fishing, family time, camping and spending time on his computer.  He was a great community supporter and spent decades on the following boards: Palmer United Church, Palmer Geneva Cemetery, Palmer Town Council, and Palmer School Board.

Burton dedicated his life to his family and ‘his special angel’, Clara. They always went to bed each night holding hands.  He is now in the hands of the Lord.

Share Your Memory of
Burton
Upload Your Memory View All Memories
Be the first to upload a memory!
Share A Memory