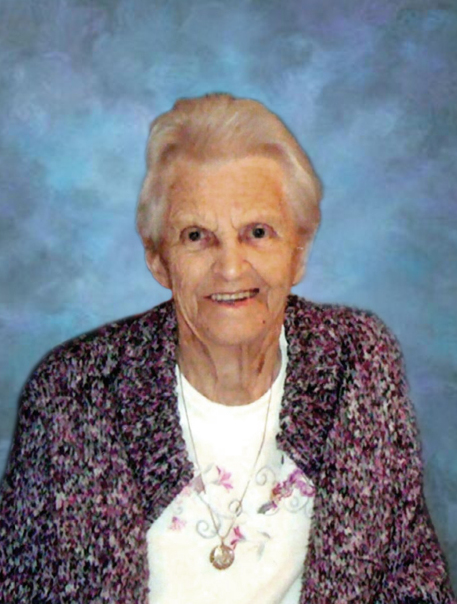 Sarah Henry (nee Peters) passed away October 26 at age 92. She was a resident of Cypress House, Swift Current, and a former resident of Moose Jaw and Shamrock.

Sarah was born near Kelstern, SK, in 1927, five months after her parents and three older siblings emigrated from south Russia. She grew up on the farm and moved to Shamrock in 1944 when her father purchased the general store.

She married Edwin ‘Ebbie’ Henry in 1950. They raised their family of six in Shamrock. They retired to Moose Jaw in 1998. Ebbie passed away in 2016 and Sarah moved to Swift Current in 2018.

Sarah will be lovingly remembered and missed by her children:  John (Beryl) of Regina; Marilyn (Brian) Wirsche of Hodgeville; Hugh (Linda) of Swift Current; Gord (Sally) of Lloydminster; Shelley (Brian Harvey) of Bournemouth, U.K.; Dale (Roxanne) of Meadow Lake; as well as her twelve grandchildren and fifteen great-grandchildren.

The funeral service for Sarah Henry will be held on Friday, November 1, 2019, 2:00 p.m., at Shamrock Community Hall. It will be led by Rev. Janelle Shaw. Interment to follow in Shamrock Cemetery.

The family gratefully acknowledges the thoughtfulness and dedicated care provided by staff at Cypress House, Dr. Bakare and Cypress Regional Hospital. Thanks also, for the many expressions of sympathy extended to the family.