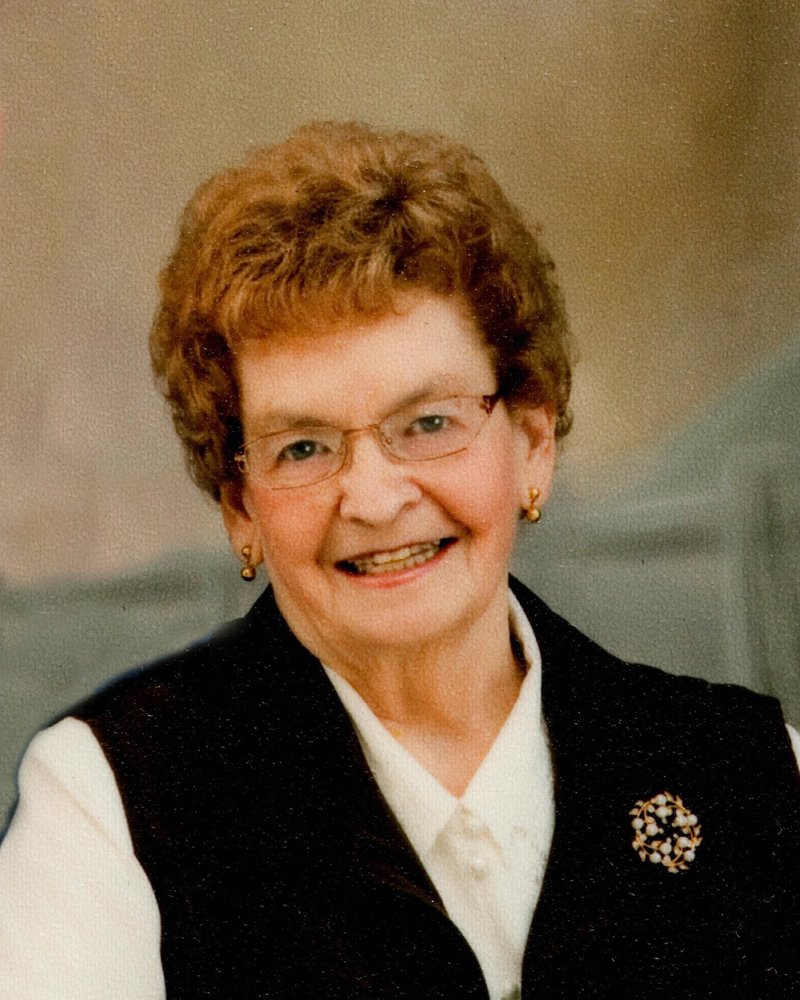 Margie was born on the Buchanan family farm north of Limerick on October 27, 1931 to Charlie and Jennie Buchanan, the youngest of 5 children.  She grew up in a busy household surrounded by her immediate family, a number of extended relatives and hired help plus neighbours and friends.  There was hard work and tough times in the 30’s but also laughter, music and fun.  She attended Conifer School just down the road, sometimes arriving on the pony that her father had given her for her birthday.  At age 10 the family moved into Limerick where she completed her schooling and met her future husband. Margie and Cecil were married on October 18, 1952 and spent their life together farming outside Limerick, raising their family, and attending church and community events.  She enjoyed choir, drinking coffee and visiting with family and friends. Her latter years were more difficult due to failing health, but she continued to look forward to visits from her grandchildren, great grandchildren, and particularly the latest additions to the family.  She and Cecil were able to remain in their own home until January 2019 when they moved into Prairie Villa in Assiniboia.

Mom’s Funeral Service will be held on Monday, November 4, 2019 at 2 pm at Trinity United Church, Limerick, SK, followed by visiting and lunch at the Community Hall.  Donations in Margie’s name can be made to Trinity United Church, Box 143, Limerick, SK  S0H 2P0. The family would like to extend their sincere gratitude to Dr. Carulei, Home Care, the staff at Prairie Villa and the Assiniboia Union Hospital for the excellent care provided. The support from numerous friends and community members in Limerick is also deeply appreciated.

Will take place at the Limerick Community Hall following the interment.
Share Your Memory of
Margaret
Upload Your Memory View All Memories
Be the first to upload a memory!
Share A Memory
Send Flowers