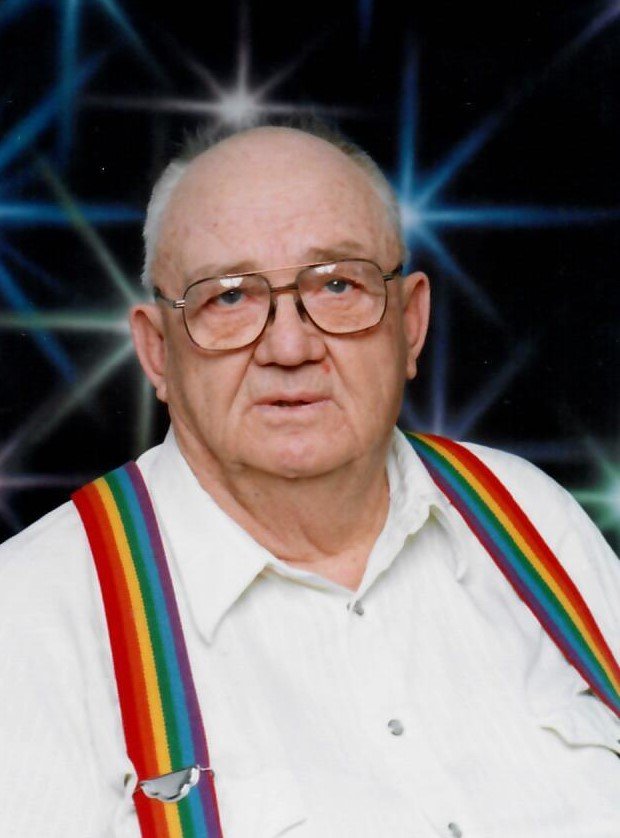 George John Gross of Hodgeville, SK passed away on Friday, November 8, 2019, at the age of 83 years. George was born on March 5, 1936, at the family farm on 27-12-8-3, Hodgeville, SK. He was the fourth son of Anton and Elizabeth (nee Haubrich) Gross. George grew up on the family farm and attended Norfolk School. When George was 10 his father passed away, so he stayed close to home to help with farming. He moved to Hodgeville in 1958 and worked various jobs along with farming. In 1959, George worked as a relief elevator agent for Federal Grain in Hodgeville, Mazenod, Lisieux, Horizon, and Maxstone. From 1956 to 1962, he also worked part-time for the Department of Highways. In 1962, George took over the town draying business, hauling water to homes, cleaning septic tanks, and hauling lumber and coal from the train station to various businesses. In 1971, George purchased the family farm. He also drove school bus from 1962 to 1972 and hauled water to many community functions. George was very devoted to his catholic faith. He loved celebrating mass at his home parish, St. Joseph’s, and with the surrounding parishes. He was a member of the Knights of Columbus and the Elks Lodge. George treasured time spent with his family and thought of his nieces and nephews and their families as his own. He will be dearly missed.

Share Your Memory of
George
Upload Your Memory View All Memories
Be the first to upload a memory!
Share A Memory
Send Flowers