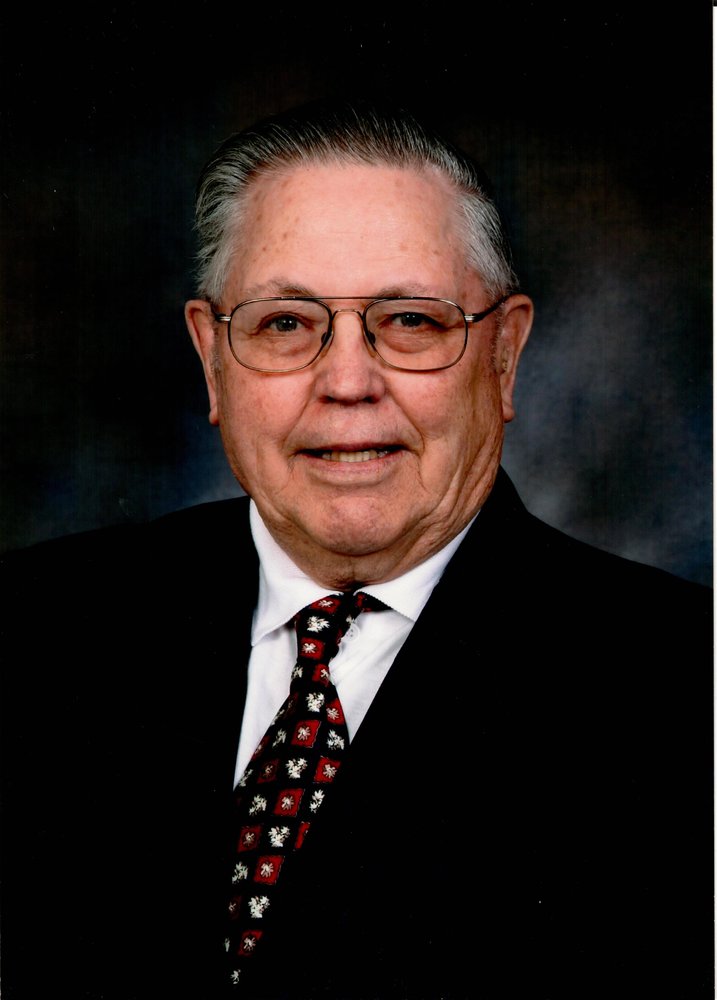 Lorne Frederick Harron of Lafleche, SK passed away on Sunday, November 17, 2019, at the age of 94 years. Lorne was born on August 30, 1925, on 30-09-05-3, in the RM of Wood River. He was the third son of Frank and Millie Harron, and a younger brother to Charlie and Herb. A year later, his sister Helen was born. In 1944, Lorne ventured to BC to work in the orchards, where he lived with cousins. From 1946 to 1956, Lorne worked for his father on the farm. In 1956, he took a job buying grain for N.M. Paterson & Sons in Stonehenge and continued to buy grain for four years. In October of 1956, Lorne married Madeline Tosczak and they were blessed with four sons, David, Don, Doug, and Quinn. In 1966, the family moved into Lafleche, where Lorne was a spare school bus driver and school janitor. After Lorne and Madeline went their separate ways, Lorne moved to the farm for a time and later purchased a house in Gravelbourg, where he took up bowling. Lorne started going on bus trips to casinos, enjoying the company and entertainment. He loved country music and attending concerts. Lorne also took bus trips to Blue Jays games, Alaska, and one Maple Leafs game. One of his favorite holidays was a trip to the Maritimes with his sister Helen and her husband Vic. Lorne retired from farming in 1998, leaving more time for gardening, attending auction and garage sales, and games of crib. Late in 2018, Lorne decided it was time to move to the Wheatland Lodge in Lafleche. After being hospitalized in the fall, Lorne moved to the Grasslands Health Centre in Rockglen. Lorne treasured time spent with his family and was so proud of his only grandson, Kyle. Lorne’s family will miss his phone calls and the love and fondness he showed his family and friends. Lorne is survived by his son David (Wanda), grandson Kyle; son Don; son Doug; son Quinn; and sister Helen Currie. Predeceased by his parents Frank and Millie (nee Passmore) Harron; brothers Charles and Herb. Funeral Service was held on Thursday, November 21, 2019, 2:00 p.m., at the Lafleche United Church. Officiant was Reverend Janelle Shaw. Urn bearer was David Harron. Interment took place at the Lafleche Municipal Cemetery. Memorial donations in memory of Lorne to the Lafleche & District Health Fund Inc., Box 250, Lafleche, SK  S0H 2K0.  We would like to thank St. Joseph’s Hospital in Gravelbourg, Assiniboia Homecare and the Grasslands Health Centre in Rockglen for the wonderful care Dad received in the last few months. Thank you to Piche-Hawkins-Grondin Funeral Chapels and Reverend Janelle for all the guidance in the arrangements after Dads passing.

Share Your Memory of
Lorne
Upload Your Memory View All Memories
Be the first to upload a memory!
Share A Memory
Send Flowers