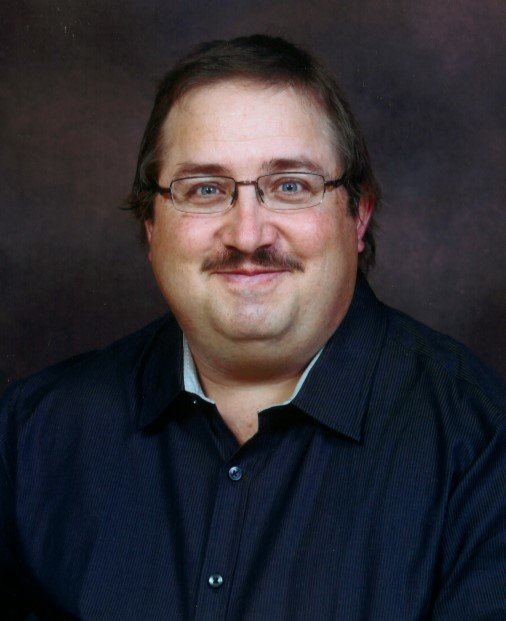 Pierre Adelard Gauthier of Gravelbourg, SK passed away on November 28, 2019, at the age of 53 years. Pierre, son of Charles and Hélène (née Lafrance) Gauthier, was born on January 4, 1966, at St.  Joseph Hospital in Gravelbourg. He attended Gravelbourg Elementary School and then went to Swift Current where he attended Beatty School and Swift Current Composite High School, completing his studies there in 1984. Pierre then returned to the farm where he worked until 2007. In 2001, Pierre began working at Trailtech in Gravelbourg. Throughout the years, Pierre had many hobbies and participated in numerous activities. He enjoyed farming with his dad, wood working and watching movies. He enjoyed curling, playing recreational hockey (with the Canucks and the Sharks), golfing and fishing. He spent hours listening to music, talking on the phone, trying out new recipes and checking out the latest on Facebook. An early morning phone call to his mom was a must. If you were looking for Pierre, you could probably find him riding his quad or enjoying time at the shack. On his quad - this was his ultimate happy place. Pierre always inquired about others, as he was genuinely interested in their lives and their well being. He loved going for rides with loved ones, giving him an opportunity to visit. He was a natural with kids, often making jokes, playing tricks and cheering them on at their various sporting events. He absolutely loved animals; he was always ready to give them treats, pets and love, anything to see a wagging tail. He was always ready to lend a hand, whether it be coaching hockey, helping with yard work, making sausage, and everything in between. Most of all, Pierre enjoyed spending quality time with his family and friends. Pierre had a generous heart. His smile will be missed by all. Pierre is survived by his family: parents Charles and Hélène (née Lafrance), brother Marcel (Francine), niece Sylvie (Jesse) and nephew Julien. Funeral Mass was celebrated on Sunday, December 1, 2019, 2:00 p.m., at Our Lady of the Assumption Co-Cathedral, Gravelbourg, SK, with Father Carlos Jimenez celebrant. Music was shared by Marc and Wendy Gauthier and Leanne Mann. Readers were Colette Bouffard, Roxanne Otterson and Hélène Brodeur. Gift offerings were presented by Cyril Poirier, Paulette Hammel and Cyrille Gauthier. Urn bearer was Richard Lafrance. Altar servers were Diane Bouvier and Monique Morin. Interment took place at the Gravelbourg Roman Catholic Cemetery. Memorial donations in memory of Pierre to the St. Joseph Hospital Foundation for Palliative Care, Box 810, Gravelbourg, SK  S0H 1X0 were greatly appreciated.

will take place at the Gravelbourg Parish Hall following the Family Interment.

Share Your Memory of
Pierre
Upload Your Memory View All Memories
Be the first to upload a memory!
Share A Memory
Send Flowers