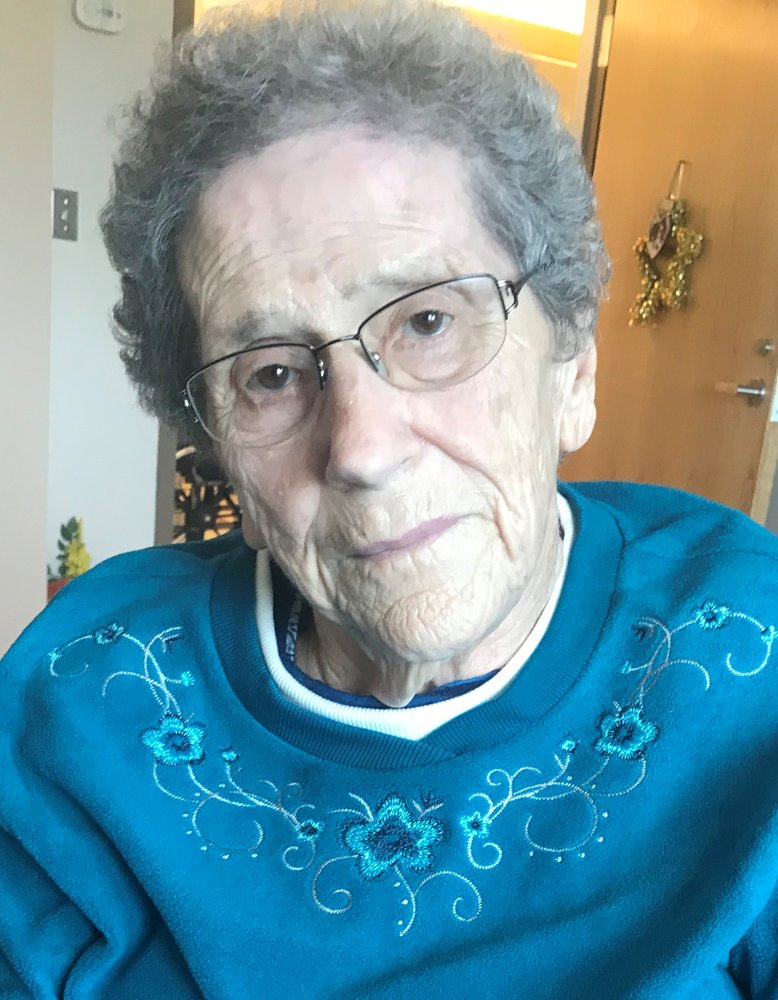 Theresa Magdalena Bouvier, Meyronne, SK, passed away peacefully at the Foyer d’Youville, Gravelbourg, SK on January 21, 2020 at the age of 83 years.

She was born on June 20, 1936 in Kincaid, SK. She was the youngest of 8 children born to Joseph and Theresa (nee Matt) Schafer of Billimun, SK. and the first to be born in a hospital.

Theresa grew up on the family farm at Billimun. She attended Banff Elementary school, just 2 miles from their farm, and St. Angela’s Academy in Prelate, SK, before working for a neighboring family.

She was working at Mankota hospital when she met her lifelong love at a dance in October 1955.  They both loved to dance, “fell for each other”, and got married on November 28, 1956 at St. Albert Church in Mankota.

The couple stayed briefly on the farm with Daniel’s family, then rented a small house in Meyronne.  In July 1958, they moved to the Bouvier farm south of Meyronne. Together they set down roots, built a house, and created a farm and a home for their 6 children: Charlotte, Julie-Anne, Claudette, Norman, Mark and Vincent.

Theresa loved her animals, flowers and garden.  She was an amazing cook, taking great pride in her cinnamon buns and a flapper pie that sold for $500+ at a fund-raising event. She enjoyed doing handiwork like embroidery, crocheting, quilting, ceramics, paper tole and sewing.

She was a member of the CWL for 40+ years at Our Lady of Lourdes Parish in Meyronne, SK.  As a hard worker, she gave much of herself to support her family and community.  She and Daniel met many friends when they worked at the bowling alley for several years before retiring.  She enjoyed playing cards, going for “wings” and dancing at Jamborees.  Her love of music got an early start in her musical family, and it lasted a lifetime.

She resided at the farm with her son Norman until 6 months before she passed. The family is forever grateful for his loving caregiving of Theresa and Daniel that kept them in their home in their final years. Gratitude also goes to staff at Foyer d’Youville, Gravelbourg, SK for their care during her final months.