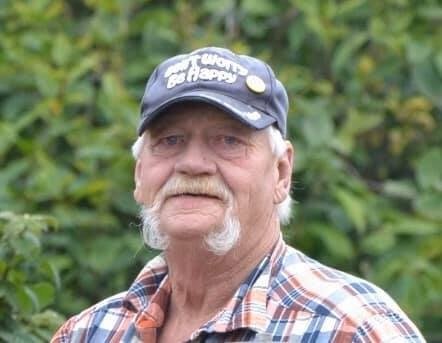 Donald Lee Weiterman passed away Tuesday, January 21, 2020, surrounded by his family and friends at his home at Hodgeville, Saskatchewan. Don was  born to Cyril and Alice (nee Huntley) Weiterman on December 26, 1947. He left home at an early age to work on the oil rigs. Don was a very hard worker, but those that know how to work hard know how to play hard as well and that made for some pretty entertaining stories. Don married Marilyn Jones on May 25, 1974 and they were blessed with three awesome children, Leanne, Arthur and Robert. After a few years of working on the rigs, Don decided to quit the oilfield and spend more time at the farm he loved. Tragedy struck Don’s life on October 9, 1994 when he lost his oldest son, Art. Don became more and more involved in family. He took frequent “walkabouts” to visit family all across the country and was never too far away to just show up if he felt he might be able to help someone. He always had a huge hug for everyone and could strike up a conversation with anyone, whether known to him or a complete stranger. In the fall of 2011, Don moved to an acreage outside of Hodgeville to be with the love of his life, Mariann Grainger. She was his “sweetie” and brought back the sparkle in Don’s life. Don believed that every day you woke up was a good day. His favourite cap bore Bob Marley’s slogan “Don’t worry, be happy” and that’s how he lived. Everything would work out and was “too good, too good”. Don was predeceased by his parents, Cyril and Alice Weiterman, and his son, Arthur Weiterman. Those left to mourn his passing are his spouse, Mariann Grainger, his daughter, Leanne (Mark) Churcher and their children Emma, Nolan and Sophie, his son, Robert (Brandy) and their sons, Arthur and Cyril, his brothers, Edward (Shannon) Weiterman and Jack (Theresa) Weiterman, his sister, Kathy (Will Okraincee) Thomas and their families, as well as numerous nieces, nephews, cousins and other family members and hordes of friends. All will miss his larger than life love of everyone, his strong, loving hugs and his easy going outlook on life. “Too good, too good”.