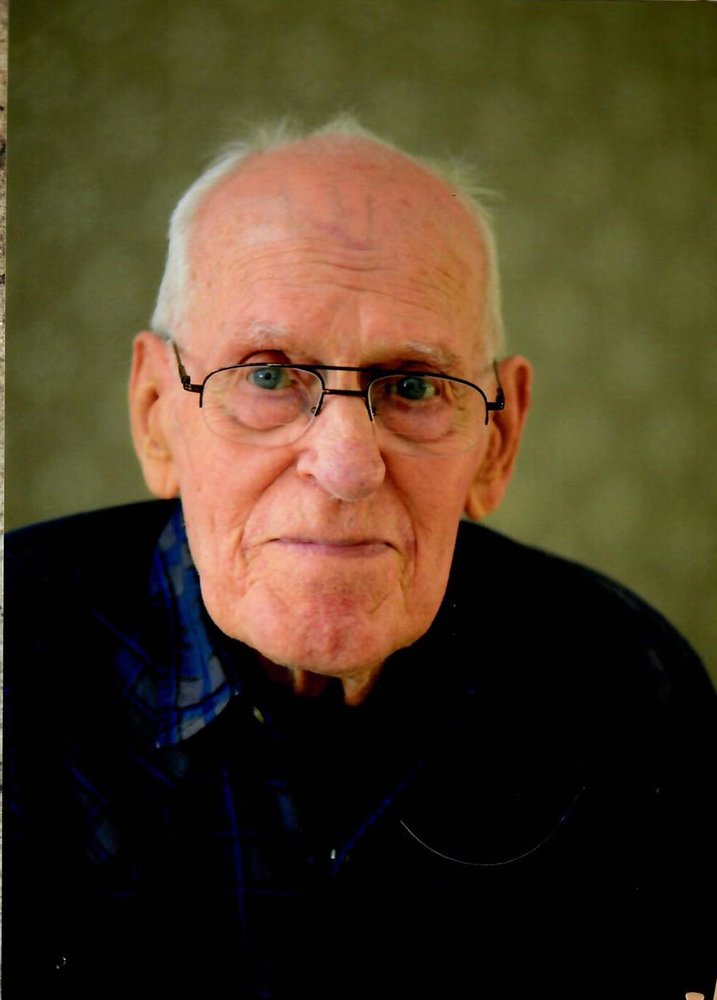 Sadly, Bob passed away on May 10, 2020, at the Ross Payant Nursing Home, Assiniboia, Saskatchewan.

Bob was born at Vermilion, AB to Edgar and Susan (nee Bensmiller) Smith and raised in the Islay, Dewberry, Vermilion and areas of Alberta, enjoying the hard life of farming with horses. He eventually moved to Calgary where he met and married Dorothy Gardener later moving to Burnaby BC. Bob was a “jack of all trades’ but for a number of years, he was a long-haul truck driver when the kids were growing up.

Bob moved to Coronach, SK area from BC in 2008 and enjoyed a few years on the farm making many new friends and enjoying the potluck dinners at the Drop Inn Centre and the Lutheran Church. At 83, he moved into Pretty Valley Lodge in Coronach before moving to Assiniboia in 2017 to be closer to his daughter Sandy.

It is Bob’s wishes to have his ashes spread somewhere in the Comox Valley. When the time is right, we will hold a celebration of life and spread his ashes.

We would like to thank all the staff at Ross Payant for the care given to our Dad. Especially the compassion shown in his last days.

Share Your Memory of
Bob
Upload Your Memory View All Memories
Be the first to upload a memory!
Share A Memory