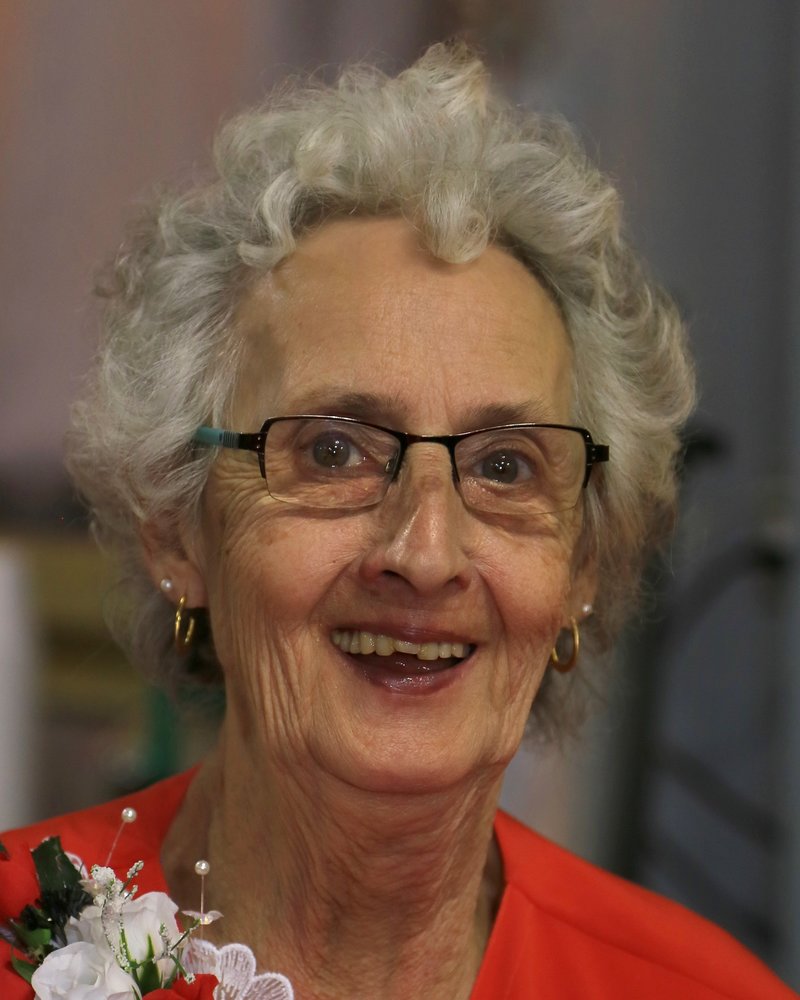 Prayers will be held Sunday, July 12, 2020 at 7:30 p.m., Our Lady of the Assumption Co-Cathedral Gravelbourg, Saskatchewan.

Gladys Marlene Oomen 1942 -2020 of Saskatoon, Saskatchewan passed away, in her home with her family by her side on Tuesday, July 7, 2020 at the age of 78. Gladys had a short courageous battle with pancreatic cancer after her diagnosis  in April 2020   She leaves her children to cherish her memory. Her two sons Murray (Annette) Gruending and their children Celyn, and Dylan; Darryl (Vicki) Oomen and their sons Brody and Chase;  three daughters; Janice Romanuck, her children Adam, Heather, Susan; Denise (Ken) VanBesealere, her son Andrew Anderson and great-granddaughter, Gabriella Anderson; Victoria (Blair) Stenberg, their sons, Cole, Zachery, and Joel.

Gladys was born in Rosthern, Saskatchewan on May 24, 1942 to George and Lena (Fredericks) Regier.  The family moved to Saskatoon the following year.

Gladys married her high school sweetheart, Robert John Gruending in 1961 in Nipawin, SK.They made their home in Thompson, Manitoba. After Robert’s passing in 1969, Gladys moved her family back to Saskatoon.  She married Louis Oomen on November 21, 1971.  They purchased a homestead in the RM of Pinto Creek 75 where they farmed and raised their family.  Louis died suddenly Oct. 24, 1990.  Gladys continued farming with her sons, Murray and Darryl until retiring in 2005 to Saskatoon.

She graduated high school from Mount Royal Collegiate, Saskatoon, Saskatchewan in 1960.  Growing up she played baseball in the position of back-catcher. She also participated in swing dancing and won many competitions

Mom’s life’s work was her family, which included cooking, baking, gardening, sewing, and guiding us through life’s trials and ventures.  It didn’t matter what time you came to her home she loved whipping you up something to eat. She made many pies, cakes, cookies over the years for the Fall suppers, the rink and her family. She faithfully brought full meals to the field for the men during seeding & harvest. We usually had a full hot breakfast of bacon, eggs and homemade bread before heading off to school or work.  It truly was from farm to table wholesome cooking as most of our food was grown in the garden or raised on the farm (pigs, chickens, turkeys, cows).  Growing up as teenagers she had a never-ending supply of chicken wings for our midnight snacks.  She loved her life on the farm, later after her children were grown, she was employed as a cook for Foyer St. Joseph’s Nursing home in Ponteix and as a cashier iat the Hazenmore Coop.   She volunteered with Pontiex and Gravelbourg RCMP victim services.  After moving to Saskatoon, she was a cashier for Pleasant Hill Bakery.

As a senior member of the Catholic Women’s  League of Canada she taught catechism, and filled in as a lay minister,  She was active in Meyronne bowling league, curling bonspiels, and she hosted many nights of ladies card club playing Rummoli.  She sewed many skating costumes and dance costumes; also found joy in sewing a blanket for any new baby in the community.

Thank you to family, friends and neighbors who support Gladys and her children these past few months.  Special thanks to Saskatoon Home Care team especially, Gail, Minah, Sophia, and Sonny.

Share Your Memory of
Gladys
Upload Your Memory View All Memories
Be the first to upload a memory!
Share A Memory