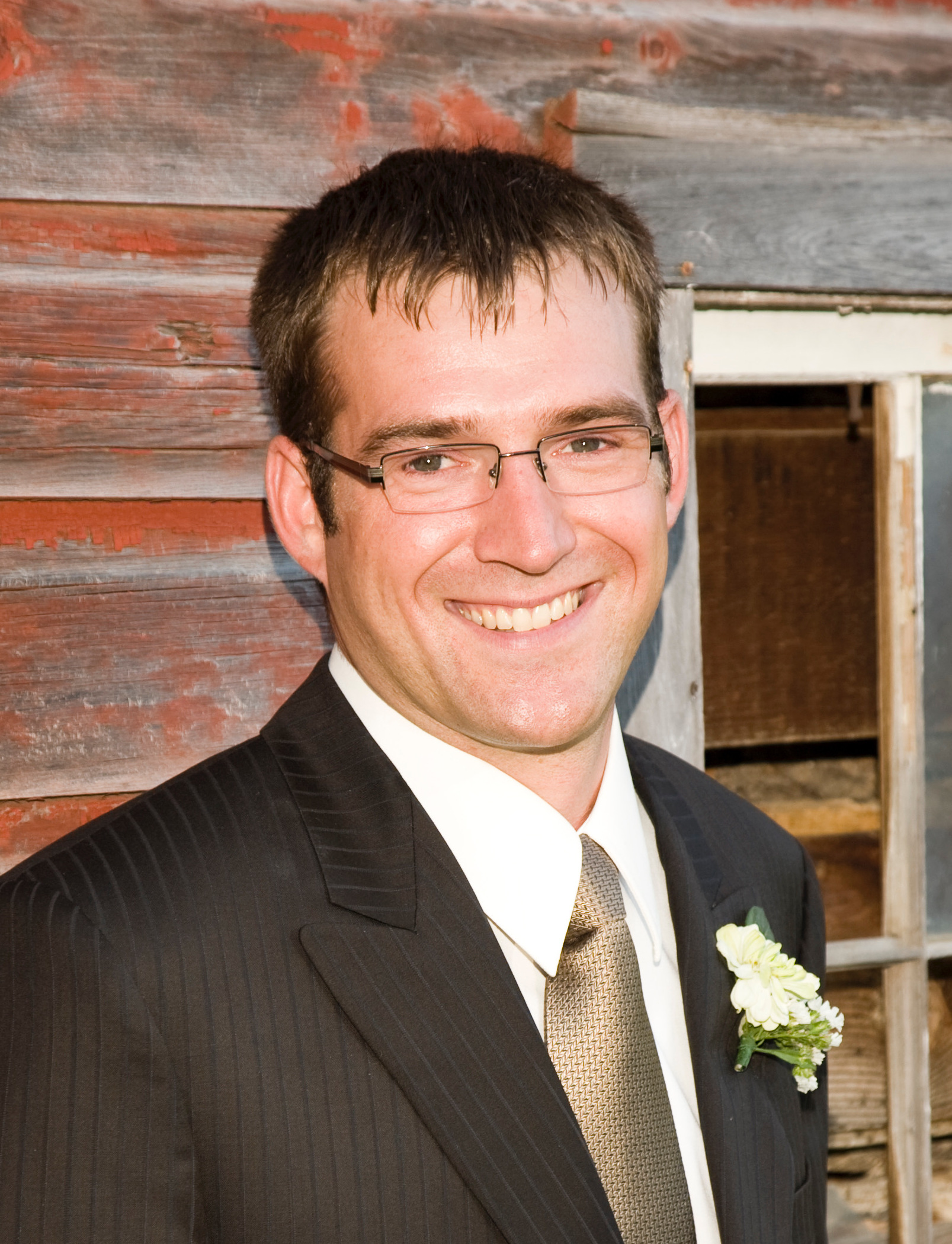 Cole was born August 30, 1980 in Rockglen, the second of twelve children to Mark and Doreen Crooks. He was a very happy child referred to as “that boy with the smile pasted right on his face.” Early on he was very capable: walking at nine months, skating at three, and riding a bike the summer he turned four. After moves to Estevan and Coronach, the Crooks family moved to the farm at Fife Lake in 1992. He helped get the house ready, built fences and corrals, spent hours cultivating with the 830 John Deere, milked cows, and helped with the sheep. He was always busy building things or taking them apart and became the family repair man.

Cole completed grades 7-12 at Rockglen School, graduating in 1998. He was among the top six contenders for Valedictorian (out of 25 grads) and his forte was math and the sciences. His group of friends were prone to mischief. "Cole is a great friend, he never lets us get into trouble—ALONE.” They were also very diligent, hard-working, and motivated young men and have remained very loyal right through adulthood. Post Secondary was at SIAST in Prince Albert. He and another student accomplished the eight month course between Thanksgiving weekend and Christmas because they were anxious to get the jump on job opportunities. He achieved Journeyman Electrician with Humboldt Electric working on some interesting projects and would call home with his work stories. During these years, he enjoyed travelling and made many miles on his motorcycle. Between jobs with Humboldt Electric, he took a trip to the Yukon and ended up working for three months for an electrical company in White Horse, spending a lot of time with Uncle Joe Corcoran. He started with SaskPower on a travelling repair crew in a project position and achieved his Journeyman Power Lineman ticket. He bought a townhouse in Regina and finished the basement of it by himself. When he was required to move with work he rented out the townhouse and lived in Swift Current for awhile and then Saskatoon.

Cole always had in mind a distinct order for life and now that he had his career started, it was time to find the right girl. In 2006, Cole met a girl from Minnesota and put on many miles to visit. He decided the distance was worth it and sold his motorcycle to buy a ring. Cole and Tristen were married on August 23, 2008 and he planned the surprise honeymoon to Alaska. They were anxious to find a farm and provide that way of life for their children. They bought their farm outside of Weyburn in 2009 and welcomed daughter Clare in 2010. In 2016 they became foster parents and welcomed sons Blaze in 2017, Ivan in 2019 and Saint in 2020.

Cole is the second oldest of his family and was a strong role model for the entire family. He was the person to go to for advice, reassurance, and always took time to listen or to check in. He was very dependable. If he said he’d do something, he did. If he said he’d be there, he was. He’d go out of his way to do things for them; making extra miles or getting up earlier to help them out before attending to his own commitments. But most of all Cole was a lot of fun to be around; often laughing so hard tears would run down his face before he could finish his story.

Cole was very devoted to his wife and children. When Cole started in Weyburn, he was on the training crew and on the road during the week. So shortly after Clare was born he took a job at the training centre and then the city crew so he could be home every day. He had supper each night with his family. Ivan loved when he came home and as soon as he heard the door he’d shout "Da-da!" On Sundays he rested from work and took time to enjoy his family and take them to church. He always made sure Tristen had what she needed. They put a new house on the farm in 2018 and bought a van for the babies. If she asked him to pick up formula and diapers he’d get a year's supply.

Cole was so patient. Early on in the marriage and farming adventure when Tristen blew up a truck engine, he didn’t even get mad. He gave Tristen the confidence she needed on the farm and taught her the best way to learn is just by doing. He was a great teacher and loved teaching Clare many things. When she had a question he took the time to listen and explain. He taught her how to change oil and tires, build fence, and about the stock market by opening a practice account for her.

Making time for family and friends was important to Cole. He was always a welcoming host and celebrated milestones on the farm with parties, complete with a live band. He made it work to get to Minnesota a couple of times a year, even quick 48 hour trips to meet new nieces and nephews. When good friends had to move back to Ireland, he took Clare and Tristen there to visit them.

Being a very strong and capable man he pursued whatever activity with energy and enthusiasm. The first years on the farm were the wettest years recorded and yet Cole persevered, getting stuck many times, and seeded grass for a pasture and hay. Cole and Tristen bought sheep and recently cattle and crop farmed organically. Cole loved farming and providing a simple life on the farm for his children. Blaze loved being outside with him. He designed and built a playhouse and chicken coop with Clare. He would go on bike rides in the evening with her. He could tell you all the farm equipment listings on Kijiji and upcoming auctions. He shared enthusiasm for farming with his father-in-law. This past year's seeding, haying and harvest was exciting and enjoyable for Cole. Cole and Tristen enjoyed working and building their farm together. Though life was busy, their hearts were full.

Cole was a very private person and did not always share his feelings or thoughts, but when he did feel it necessary to speak, he spoke profoundly and with conviction. Anyone that knew Cole would tell you how hard he worked and selfless he was. He didn't often talk openly of his faith, but he didn't need to as he lived it every day. He was a provider for his family and helper to those in need. He was an example to his family, co-workers and friends of a life well lived.

He is preceded by

Share Your Memory of
Cole
Upload Your Memory View All Memories
Be the first to upload a memory!
Share A Memory