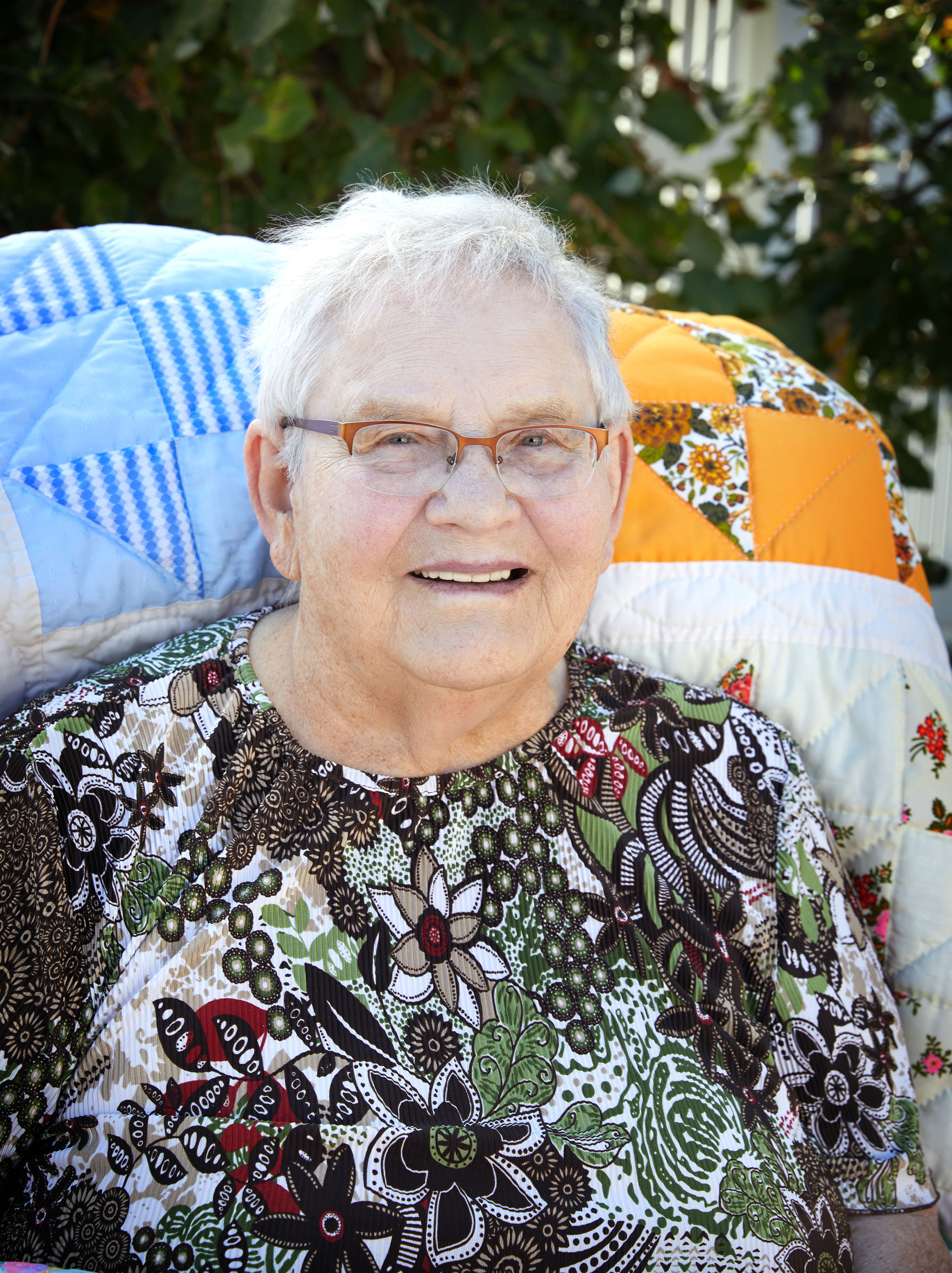 On October 28, 2020, Irene passed away at the age of 90 at Assiniboia Long Term Care, to be reunited in heaven with her husband, Armand Palmier, and two sons, René and Victor.

Irene was born to Alfred and Marguerite Clermont on the family farm southwest of Lafleche.  She attended Mathieu School in Lafleche and Harwood, a country school just north of her parents’ farm.  Irene also taught at Harwood School.  Then, she met Armand.  She loved music and Armand played violin in a local old-time band, so how could she resist?  They were married on July 25, 1950 and they resided on their farm southeast of Lafleche from 1950 to 1983.  There, she and Armand raised seven children.  We all have fond memories of homemade bread, petits pains, jelly rolls and chiffon cakes.  Irene raised chickens, and tended a large garden.  She was also particular about her handiwork - beautiful quilts (all hand-quilted), knitted and crocheted baby blankets, afghans, table cloths and doilies which she gifted to her children and grandchildren. We are so lucky and privileged to receive these mementoes.  Irene served on the executive of the Lafleche and District Music Festival Association and with the local Horticultural Society for several years.  She was interested in education, and was proud of her children, grandchildren and great-grandchildren.  When Irene and Armand moved to Lafleche in 1983, she continued to grow a large garden.  Club 50 became an integral part of her social network where she loved playing cards – whist, bridge and crib.  Mom’s heart, however, remained forever on the farm.

A prayer vigil will take place at Ste. Radegonde Catholic Church on Monday, November 2, 2020 at 7:30 p.m.  Friends, neighbours and extended family are welcome.  Due to COVID-19 restrictions, a private service for immediate family will be held at Ste. Radegonde Roman Catholic Church in Lafleche on Tuesday, November 3, 2020 at 1:00 p.m.  Although we are unable to welcome friends, neighbours and extended family to celebrate Irene’s life, we know that your prayers and thoughts are with us.  In lieu of flowers, donations in Irene’s memory may be made to Ste. Radegonde Cemetery Fund, Box 518, Lafleche, SK  S0H 2K0.  Family and friends are also invited to sign the online book of condolences at www.pichehawkinsgrondinfuneralchapels.ca.  A live stream for this service will be available on Piche Hawkins Grondin Funeral Chapels Facebook page five minutes prior to service time.  To view, please click the following link:  https://www.facebook.com/Piche-Hawkins-Grondin-Funeral-Chapels-553681657999926.  Thereafter, the service can be viewed on the funeral chapel website.

Share Your Memory of
Irene
Upload Your Memory View All Memories
Be the first to upload a memory!
Share A Memory