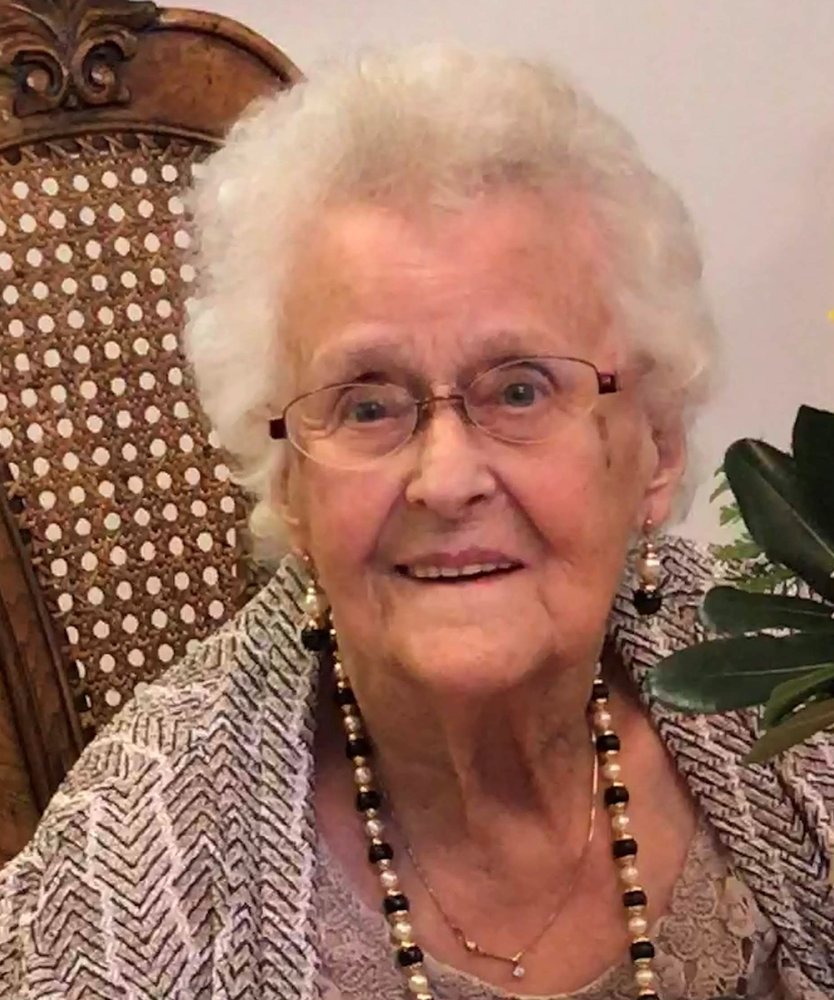 Henriette was born on January 13, 1924 to Anselme "Sam" and Elizabeth (Palin) Demers on the Demers homestead near Gravelbourg.  In 1927 they moved to Coleville to reside at the Palin Homestead with her grandparents.  In the fall of 1934 due to the Depression, they relocated near Meadow Lake where her father broke land and operated a sawmill.  In her teens, Henriette worked with her father at the sawmill & tended to cattle.  In 1947 Henriette came back to visit her birthplace where she met her future husband Lionel Houle.  On October 19, 1949, Henriette married Lionel.  A few years later they purchased a farm and in 1959 they built a new home.  They were blessed with 3 children, Cecile, Ernest and Roland. Together they were grain farmers and Henriette loved to tend to her huge gardens and raise chickens & turkeys.  The farmhouse was often filled with the aroma of fresh baking as she loved to cook.  Henriette was a very sociable person and loved to visit with friends, neighbors & family.  Family was very important to her and she treasured family trips which included camping & fishing.  After Lionel's passing Henriette moved to Gravelbourg to enjoy her retirement.  There she enjoyed having coffee with friends, shopping and numerous trips including heading to Sunny Arizona at the age of 90!  Henriette had a soft soul with a gentle spirit, she was the heart of the family.  She made everyone feel welcome. In June 2020 she moved to the Foyer until her passing on Sunday, November  8th, 2020.

A Private Family Service will be held on Friday, November 13, 2020, 11:00 a.m. at Piche Hawkins Grondin Funeral Chapel in Gravelbourg. Memorial donations in Henriette’s memory may be given to the Gravelbourg Roman Catholic Cemetery, Box 540 Gravelbourg, Saskatchewan S0H 1X0.

Share Your Memory of
Henriette
Upload Your Memory View All Memories
Be the first to upload a memory!
Share A Memory