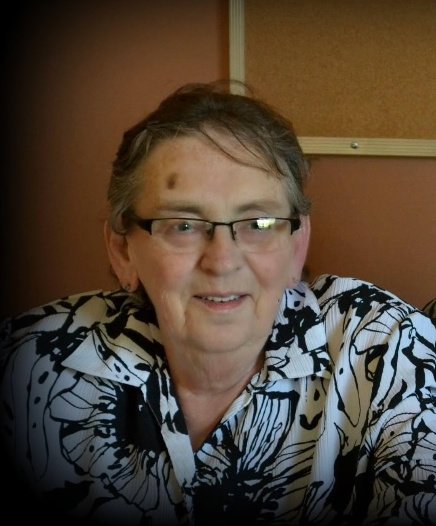 We are saddened to announce that our mother Judy Ann Dash passed away at the Prairie View Health Centre, Mankota, SK on Wednesday, December 9, 2020 at the age of 72 years.

Judy was born on December 13, 1947,  in Calgary, AB to Ken and Norma Sprouse. She graduated high school in 1965 and for the next 11 years worked for her dad at Ken Sprouse Distributors, LTD, where she was a secretary and bookkeeper. There she met Micheal Dash.  Together they moved back to Saskatchewan where they had 3 children.

Judy loved cooking and baking. In 1995, she opened a small café in Aneroid called “Judy’s Place.” One of her favorite things was the Wednesday night cribbage tournaments. In 2001, she closed the café and went to work for Heartland Pork until 2003, when she had to leave for medical reasons. She was always quick to joke and had a great sense of humor.

Judy is preceded in death by her father Ken, her mother Norma, and one infant son. She is survived by her daughter Mellissa (Barry), her son Kris (Nadine) and her son Aaron (Kelly), her 7 grandchildren, Thomas, Ella, AJ, Cassie, Jack, Emma, and Joe.

At Judy's request a Private Family Service will be held at a later date. Memorial donations in Judy's memory can be given to the Swift Current SPCA, Box 1163, Swift Current, SK S9H 3X3.

Online condolences can be shared at www.pichhawkinsgrondinfuneralchapels.ca

Share Your Memory of
Judy
Upload Your Memory View All Memories
Be the first to upload a memory!
Share A Memory