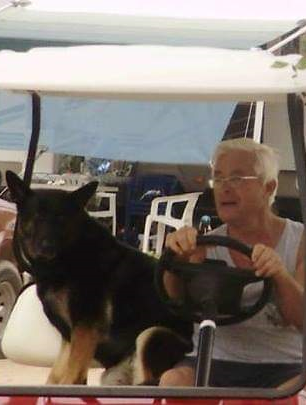 A celebration of Life will be held at a later date.

Calvin Clark McIntosh of Thomson Lake, SK, passed away after a long battle with Dementia on January 7, 2021, at the age of 79. Calvin was born on July 10, 1941 in Regina, SK. He was the oldest of four children born to Clark and Amy McIntosh (nee Breton). Calvin attended school in Mossbank, SK.   He married Donnah Jalbert on June 27, 1964, and they were blessed with two children, Cory and Laurie. They raised their family and farmed south of Palmer, SK. Calvin worked for the Department of Highways in Assiniboia & was a drywaller for many in Southern Saskatchewan, when the kids were young, and then later took over the family farm, which he did until he retired. Calvin and Donnah moved to Thomson Lake in 2000. Calvin kept busy working for farmers in the area and working in his wood shop.  Calvin and Donnah enjoyed spending their winters in Mexico, and looked forward to when their family would come visit them there.  Calvin loved to ride his golf cart with his dog, Lexi, and visit all his friends in both Paamul and Thomson Lake.   Calvin was a member the Lions Club in Gravelbourg. He was a wonderful friend and was always willing to lend a helping hand.  He excelled in everything he did, from fixing and building machinery to the wonderful wood work items he made.  He was truly a role model to his family and friends, and will be dearly missed. "You are our Hero!”

Share Your Memory of
Calvin
Upload Your Memory View All Memories
Be the first to upload a memory!
Share A Memory