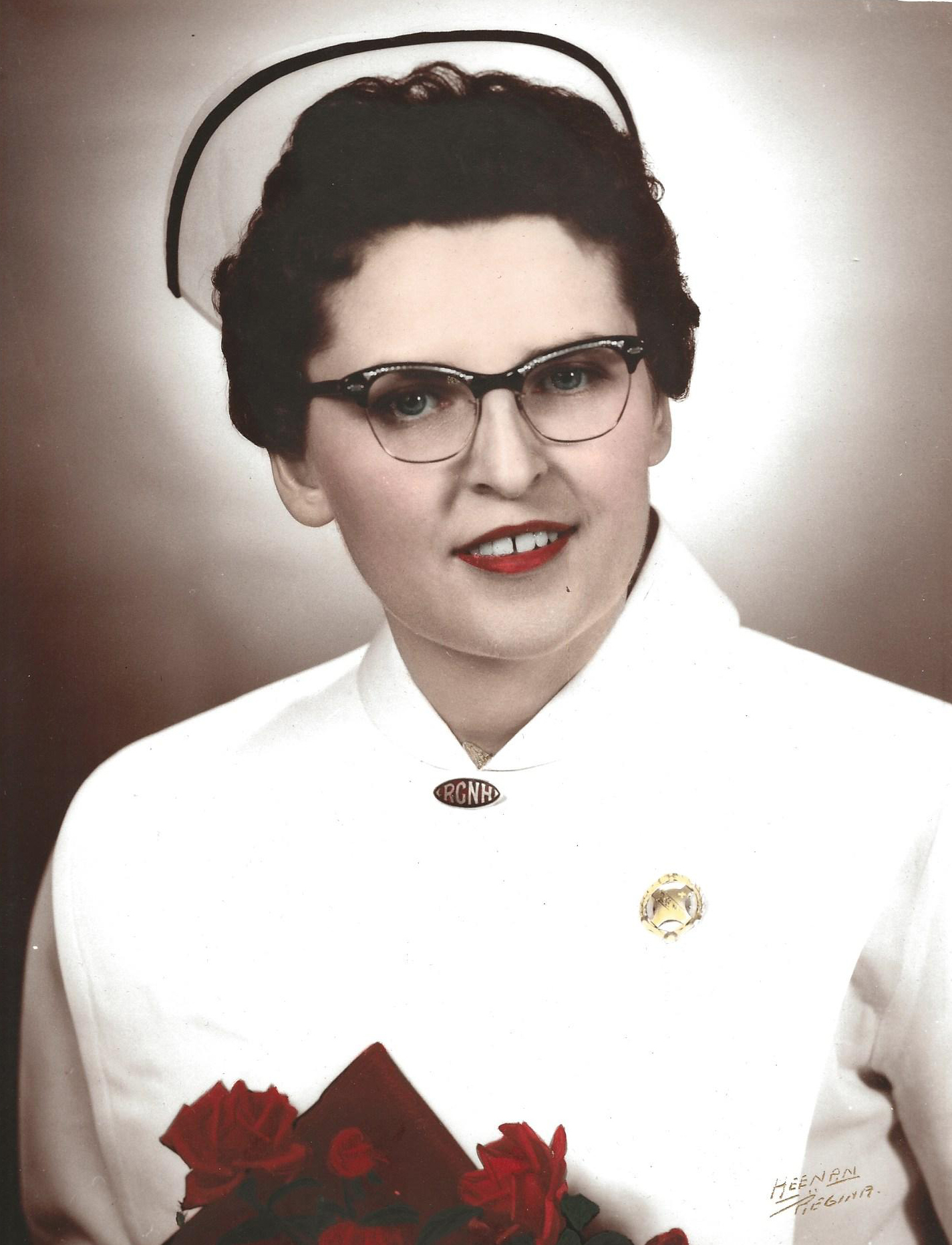 Passed away peacefully at the Garden Terrace Home in Kanata Ontario at the age of 95. Predeceased by her parents Arthur and Adrienne (Paradis), her sister Pauline and her brothers Lucien (Jeannette, Myrna), Octave (Jeannette), Guy (Pauline) and Paul (Juanita). She is dearly missed by her brother Francois (Lillian) and her countless number of nieces and nephews. Raised in Saskatchewan, Leonne practiced nursing in Montreal and subsequently in Gravelbourg SK where she retired in 1989. While in Gravelbourg, she eventually moved in with her parents to provide care for them in their elderly years until their demise in the early 1990s. She then moved to Burlington Ontario to be closer to her brother Guy and his family. As a caring and loving person, Leonne was a pleasure to be around. Her sense of humour and laughter will always be remembered and greatly missed! Funeral Mass was held on Tuesday, December 22, 2020, at 11am at St. Michael’s Catholic Church (1560 Corkery Rd., Carp, ON). Interment will take place in Gravelbourg, Saskatchewan at a later date. Donations in memory of Leonne may be made to Chalice at https://www.chalice.ca

Share Your Memory of
Leonne
Upload Your Memory View All Memories
Be the first to upload a memory!
Share A Memory