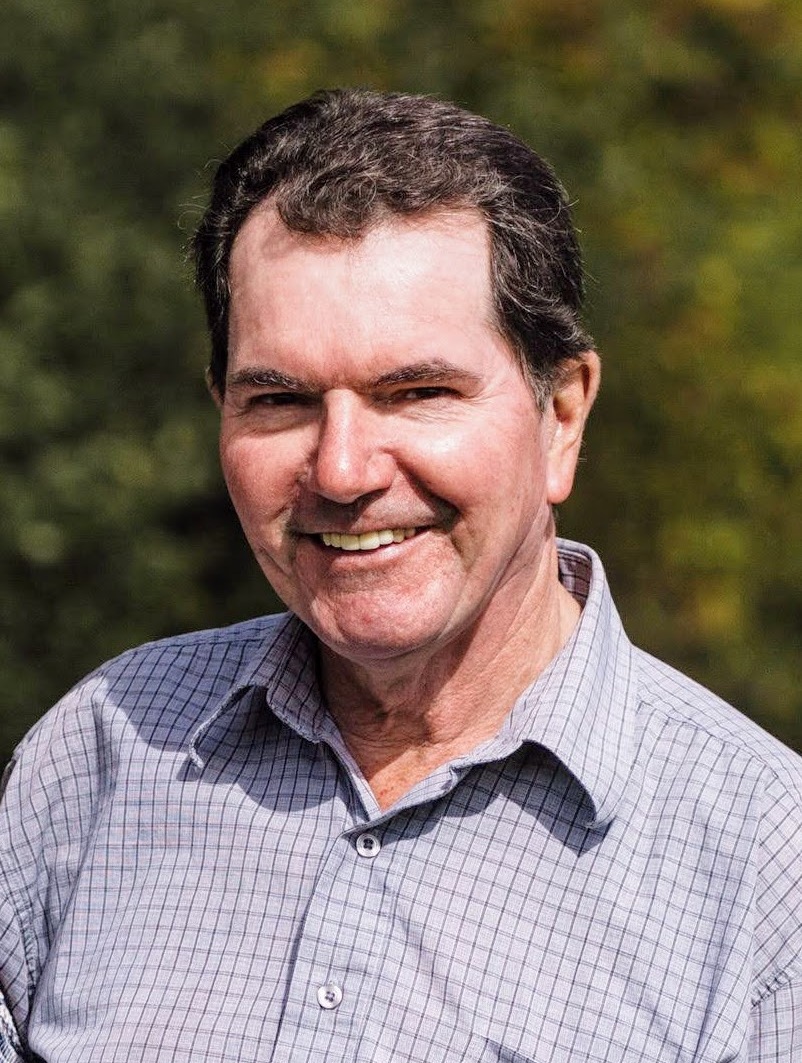 Lynn Grant Sutherland was born November 8, 1952 in Lafleche, Sask and passed away January 21, 2021 at Gravelbourg hospital. Always observant, especially when it came to numbers, he would have commented that it was a unique date – the  21st day of the 21st year of the 21st century.

He embraced life and all it had to offer, wearing many different hats including farmer, accountant, volunteer, friend and adviser to many. His most cherished roles were as husband, Dad and Grandpa. He met Debbie in 1970 when he was in Grade 12 and they married in 1975. Together they have three children, Michael (Melissa), Gina, Kyla (Devin) Cranfield and six Grandchildren – Hannah, Morgan, Kenzie Cranfield and Alex, Jack and Jenson Sutherland.  He was well known for his quick wit, easy-going manner and quiet wisdom.

Lynn was the third of six boys born to Norman and Scotty Sutherland. He spent the first seven years of his life on the farm south of Lafleche, attending Harwood School before moving to town in 1959.

He received his Bachelor of Administration from the University of Saskatchewan, Regina Campus, in 1974 and went on to become a Certified General Accountant. He was recruited by Revenue Canada out of University and moved to Ottawa and Toronto for a year of on-the-job training before continuing to work with Revenue Canada for six years in Saskatoon. During that time, he and Debbie built their first house, in Langham, mostly themselves with Lynn taking night classes to learn how to do electrical work and framing. There was nothing he wouldn’t tackle and do well at.

In April 1981, Lynn and Debbie moved back to Lafleche to take over the Sutherland family farm. Lynn started Sutherland Accounting a year later and worked hard to build a successful business over 38 years. He thoroughly enjoyed both farming and accounting.

Lynn was a dedicated member of the community and served on several committees and boards over the past 40 years, notably the Lafleche Credit Union as board member and President, the Lafleche Legion as member since High School and the longest-serving President, the Lafleche Lion’s Club as a member for over 30 years, with turns as Treasurer and President, and the Lafleche Curling Club where he served as Treasurer and organized countless bonspiels since the early 80s. He took particular pride in coordinating the Legion Remembrance Day ceremony and Lion’s Carol Festival each year.

Despite his many commitments, he always made time for fun. He was an avid golfer and curler and also enjoyed snowmobiling in the winter and sea-dooing in the summer. He loved anything that challenged his brain and excelled at games – bridge, sodoku, chess, cribbage and the daily crossword in the Leader Post among them. He and Debbie liked travelling and took many memorable trips to Europe and the U.S over the past few years.

He will be forever missed by countless friends, family and community members, none more so than his wife Debbie, together for 51 years and married for 45, who he recently started calling his “Golden Angel” for the incredible amount of attention and care she gave him during his year-long fight against colon cancer; his kids, who will keep his spirit alive every time they make a witty joke he would have appreciated, do his signature curling broom swivel, watch Wheel and Jeopardy, or put one of his many words of advice into practice (“do it now or wait for a more inconvenient time”, “only break one law at a time”, “never pack more than you can carry”), and his six grandchildren who he would have loved to see grow up and who may now have a shot at eventually claiming the title of best pool or cribbage player in the house.

We like to think Lynn is having a happy hour drink now (Gibson’s Finest, of course) with his Mom, Dad, brother Brian, Uncle Alec, Uncle Don and Aunt Margaret and all the friends who went before him.

Lynn loved his life and would have done anything to have more good years of it. Never one to complain, or see anything but the positive side, we hope all who knew him take that same approach and are comforted with happy memories of what he meant to you. Think of him the next time you throw a curling rock or tee off at Thomson Lake Golf Course.

While we can’t celebrate Lynn the way he deserves due to COVID-19, all are welcome to pay tribute at a public visitation at the Lafleche United Church on Thursday, January 28 from 7 to 9 p.m. and join the family virtually for a private service on Friday, January 29 at 2 p.m. available to watch on the Piche, Hawkins, Grondin Facebook Page or via recording on their website in the days to follow.

Donations can be made in Lynn’s honour to the Lafleche Curling Rink, Box 114, Lafleche, SK S0H 2K0

Share Your Memory of
Lynn
Upload Your Memory View All Memories
Be the first to upload a memory!
Share A Memory