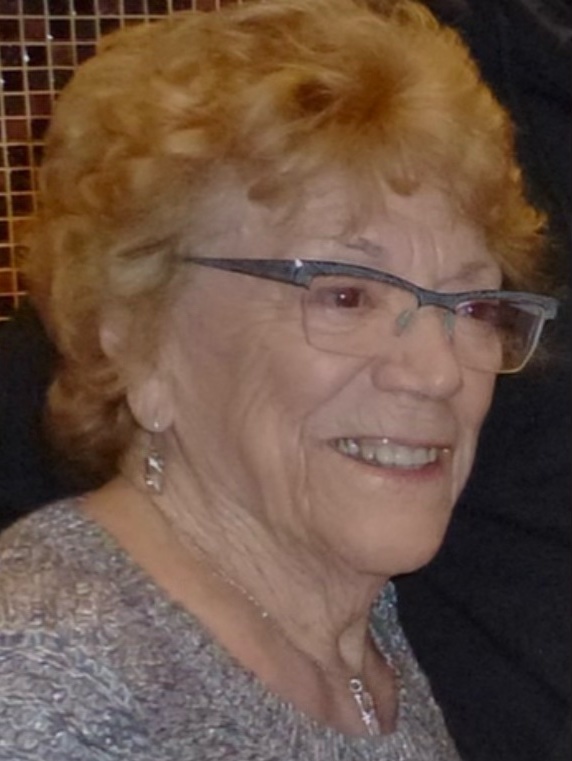 A private family Funeral Service will take place at a later date.

Marjorie Ruth Ireland passed away at the Dr. F.H. Wigmore Hospital, Moose Jaw, SK on Saturday, March 6, 2021, at the age of 90 years. Marjorie was born on August 25, 1930 in Moose Jaw. She was predeceased by her husband Robert “Bob” Ireland (July 8, 2005), parents Albert and Martha Jackman, brothers Bob Jackman and Dale Jackman; Marjorie is survived by her daughter Patsy Palmer (Len); son Richard Ireland (Wendy); grandchildren Deidre, Tricia (Jeff), Travis, Kelly (Jamie) and Craig; and great-grandchildren; sister Carol (Colin) Bouvier; sister-in-law Marlene Jackman, as well as many nieces and nephews. Marjorie married Bob Ireland on November 3, 1951 and resided on the farm in the Mossbank district. There, she and Bob raised their children Patsy and Richard. She took pride in her yard and received great enjoyment working in her garden, tending to her flowers and baking especially at Christmas time. Marjorie and Bob enjoyed curling, wintering south of the border and in her retirement years bowling. However, her greatest joy was spending time with her family, especially her grandchildren and great-grandchildren. Many wonderful memories were made on the annual fishing and camping holidays. In 1986, Marjorie and Bob moved into Mossbank and later retired to Moose Jaw. Marjorie was deeply loved and will be dearly missed by her family and friends. A Private Family Funeral Service will be held at a later date. Memorial donations in Marjorie’s memory can be given to the Moose Jaw Humane Society, Box 1658, Moose Jaw, SK S6H 7K7. Online condolences can be shared at www.pichehawkinsgrondinfuneralchapels.ca

Share Your Memory of
Marjorie
Upload Your Memory View All Memories
Be the first to upload a memory!
Share A Memory