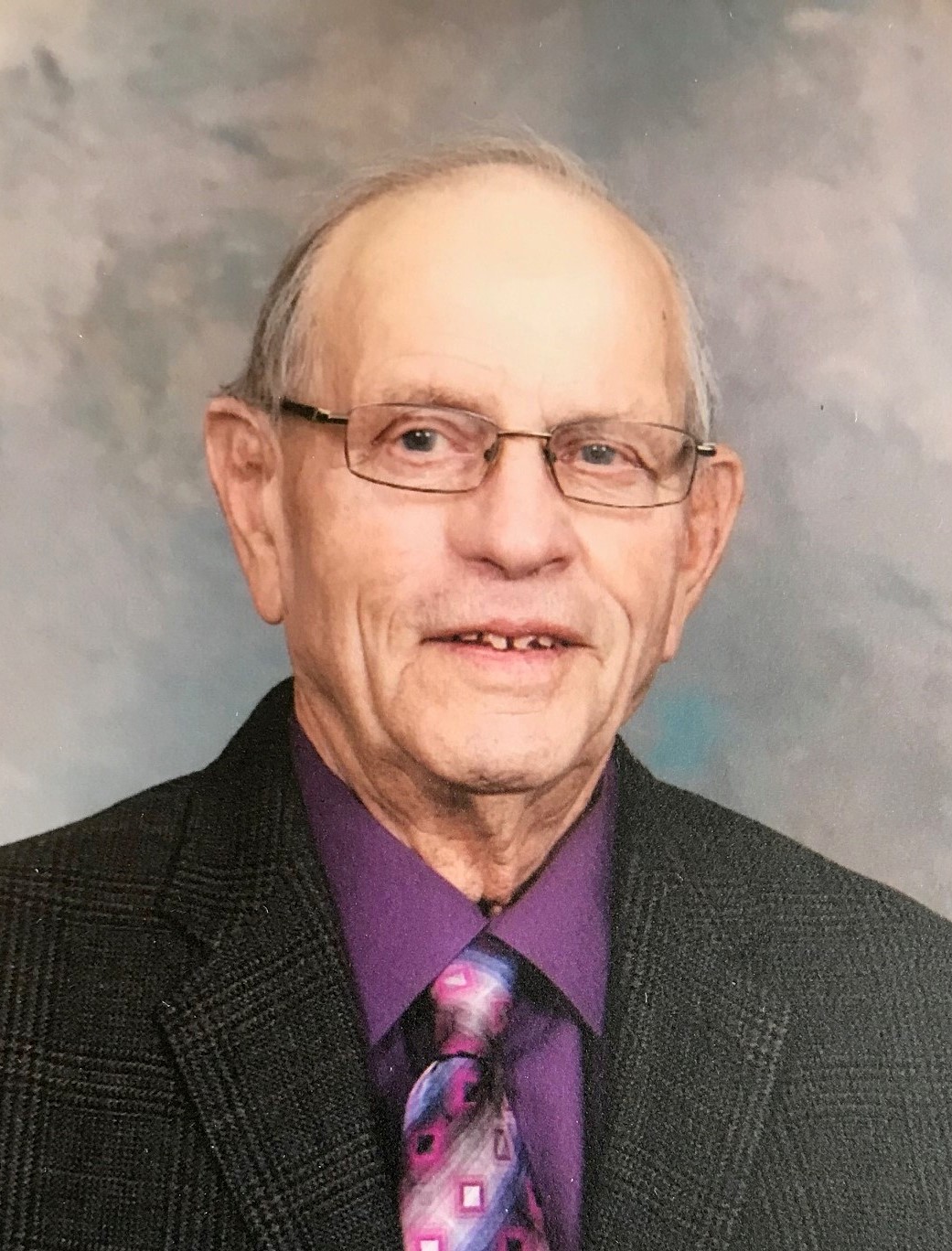 Edgar Haubrich passed away peacefully on March 16, 2021 at the age of 86 in Swift Current, Saskatchewan.  Edgar, the second youngest of 9 children, was born on August 16, 1934 in Vanguard, to Anton and Katherine (Peace) Haubrich. He spent his first 8 years on the family farm in the Gooding District except for 2 years when he lived in Hodgeville, before finally moving with his family to their Farm 1 mile south of Hodgeville.

During the first part of his life, Edgar enjoyed school (attended both Easby & Hodgeville), played ball, competed in track and field events (won many trophies), and attended concerts, dances, and card parties. Sports continued to be one of his favorite pastimes – he played baseball and softball for over 13 years and curled in the winter.  He was an avid New York Sports Fan – the Yankees and Rangers were his favorite teams - outside of his children’s and grandchildren’s teams which he so proudly watched, followed, and cheered on. He passed on his legacy of a love of learning and sports to all.

Edgar worked on his parents’ farm, until the age of 28 when he married Sonja Krenosky on July 14, 1962. They purchased a Section of land (32-13-8-W3) and moved into their first house (old Vickers School) before building a new home where they raised their family and lived for over 54 years. They eventually moved off their family farm in 2016 to Swift Current, but Edgar made many trips back to their farm which his boys had taken over and made it into a family practice that he says he never could have dreamed of.

Outside of farming and raising their family, Edgar and Sonja spent time tending a huge garden, travelling - despite Edgar’s fear of flying and water, he did make some trips by plane and a cruise – playing cards, crokinole, road trips to Calgary and Weyburn, supporting church events, eating well and visiting with friends and family - they had “a complete and fulfilling adventure”. Edgar’s other solo passions were crossword puzzles, reading and keeping in shape.  He walked -usually with his dog – 2 to 4 miles daily up until his knee replacement a year ago.

We will so miss our Dad, Grandpa and Great Grandpa – he was a funny, selfless, and humble man -- deeply loved, respected, and adored – his departure leaves a huge hole in our hearts.

Edgar loved food – Sonja was an amazing cook – hence his quote from his 50TH Anniversary which summarizes his proudest legacies: “We’ve always thought of our family as a meal.  Our children are the meat and potatoes.  We can’t live without them.  Then, they went off and found a couple of wonderful side dishes; our grandchildren are our dessert, and we can’t get enough of them.”

Edgar always ended phone call conversations with “Give them all a hug” -- in lieu of donations, please give your loved ones all a hug. Funeral service information to be determined and shared at a later date.

Share Your Memory of
Edgar
Upload Your Memory View All Memories
Be the first to upload a memory!
Share A Memory