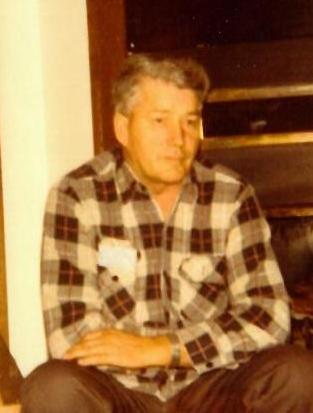 John was one of nine children born to Radu and Georgina Bumbac of Flintoft, SK. He attended school at Linthorpe, Daystar, and Scott Collegiate, Regina, SK. In 1945, John joined the army and completed basic training at Dundurn, SK, Calgary, AB, and Vernon, BC. World War 2 then ended and John returned to Saskatchewan where he worked as a semi driver hauling cars as far as Montreal and later fuel. He was based at this time in Regina. As a young man, John also worked on a freighter on Lake Superior and also on the construction of the Trans Canada Highway near Tompkins, SK. In the summers he came home to farm. In 1977, John gave up trucking but continued to farm until 2000. He is predeceased by his parents Radu and Georgina, sister Pearl, brother Nick and his wife Blanche, brother George and his wife Mary, sisters Mary, Laura and her husband Jack Armstrong, Helen and her husband Mike Trenker, brother-in-law Con Bachiu; John is survived by wife Rosemarie, daughter Carole, sisters Vicky, brother Bill, nephews and nieces and some of his lifelong friends. John loved his family and friends, playing cards especially cribbage, coffee row, and fishing up north. He was a gentle person who accepted life’s challenges with good grace. “Can’t change it” he would say. We miss you John. Rest in peace.

Share Your Memory of
John
Upload Your Memory View All Memories
Be the first to upload a memory!
Share A Memory