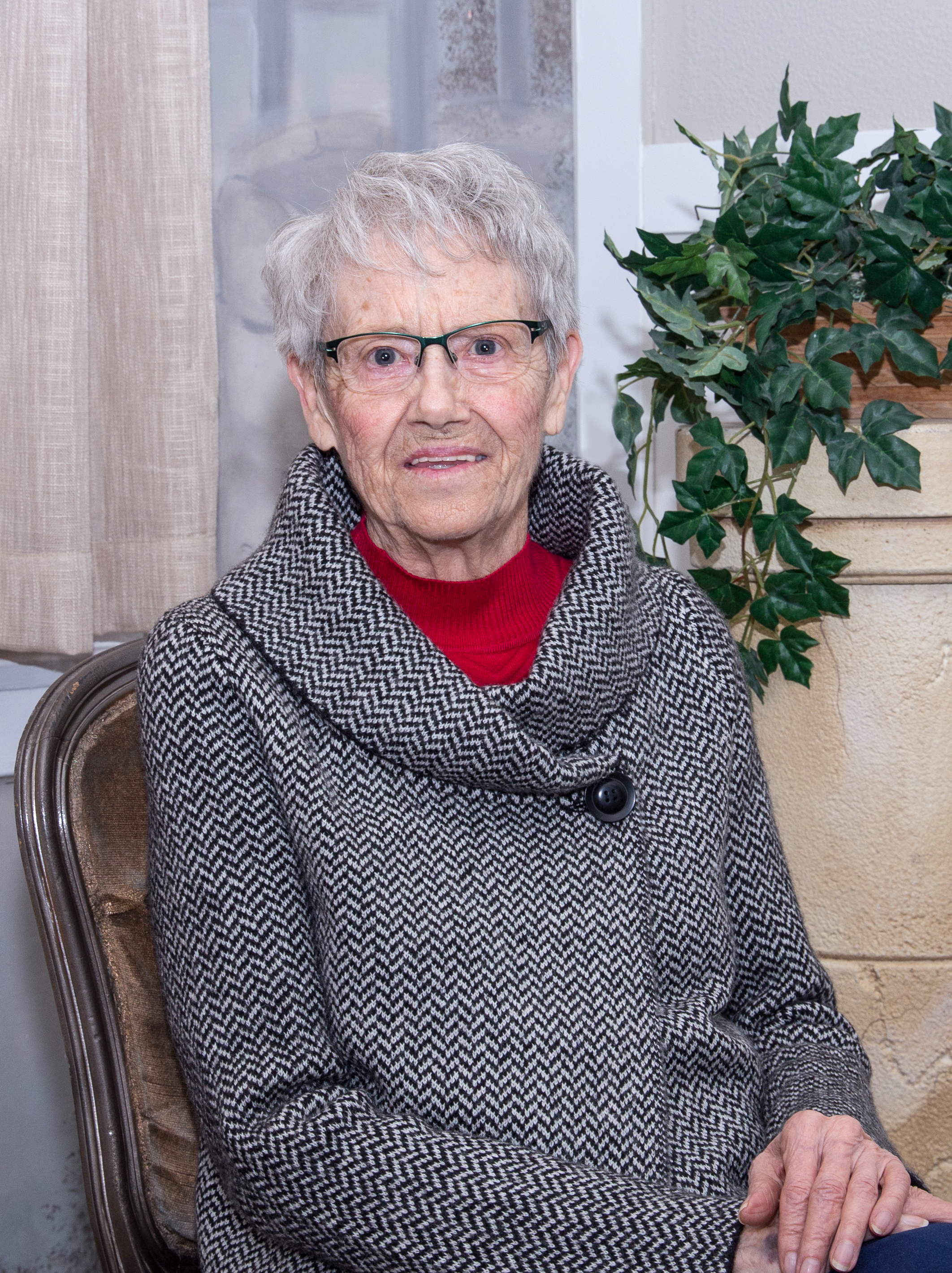 Due to COVID-19 restrictions a private Funeral Mass will take place Tuesday, May 18, 2021 at 2:00 p.m. Live Stream A live stream for this service will be available on Piche Hawkins Grondin Funeral Chapels Facebook page five minutes prior to service time.

Hellen Regina (nee Beliveau) Vallee died peacefully at the Foyer St. Joseph Nursing Home, Ponteix, SK, on May 12, 2021 at the age of 91. She was the third oldest child of Antonio and Leonie (Dureault) Beliveau. She was born on February 26, 1930 in Wolseley, SK and grew up on the family farm eight miles from town. Hellen began her education at Durham, a country school, and attended high school in Wolseley. After her school years, Hellen worked as a dental assistant for six years. On July 4, 1953 she married Gerry Vallee, and one year later to the date, they welcomed their first child, Jo Ann. Their second child, Robert (Bobby) arrived on Aug. 27, 1955 and their third child, Carol, was born on July 17, 1958. While in Regina, Hellen was employed as a receptionist for a chiropractic office, a clerk at Foodlands, and then Simpson Sears. In 1959, Gerry’s work took the family to the Naicam district. Here, Hellen was busy raising her family, gardening and playing sports. They welcomed their fourth child, Dwight on Feb. 10, 1964 and in 1967, the family moved to Ponteix, SK. Hellen soon rejoined the workforce, opening a fabric centre which she operated for three years. She cared for the elderly at the Manor, and was a long time employee working along side Al Scherle at Rexall Drugs. On February 20, 1969, their fifth child, Corey was born, completing the family. Hellen was an active member of the church, a lifetime member of the Catholic Women’s League and made many long lasting friendships through her devotion to the Associates of Notre Dame. Prayer and her rosary were always part of her daily life. She was a passionate golfer and avid baseball player. Many wonderful memories were made competing at Sports Days and tournaments, with Gerry by her side as Coach. Even in her later years, she continued to love watching sports; quick to offer her opinions on where the Blue Jays or Habs needed improvement and showing her excitement to pull out her Rider shirt for the upcoming season. She was a wonderful cook and enjoyed entertaining. You could always find a full house at Gerry and Hellen’s. She wrote daily in her journal and proudly learned to use an iPad at the age of 89 so she could enjoy many video chats with her family. She was thoughtful, kindhearted, witty, enjoyed a good joke and always loved a visit. “When I die, God won’t measure my head to see how clever I was. God will measure my heart to see how much I loved.”

Share Your Memory of
Hellen
Upload Your Memory View All Memories
Be the first to upload a memory!
Share A Memory