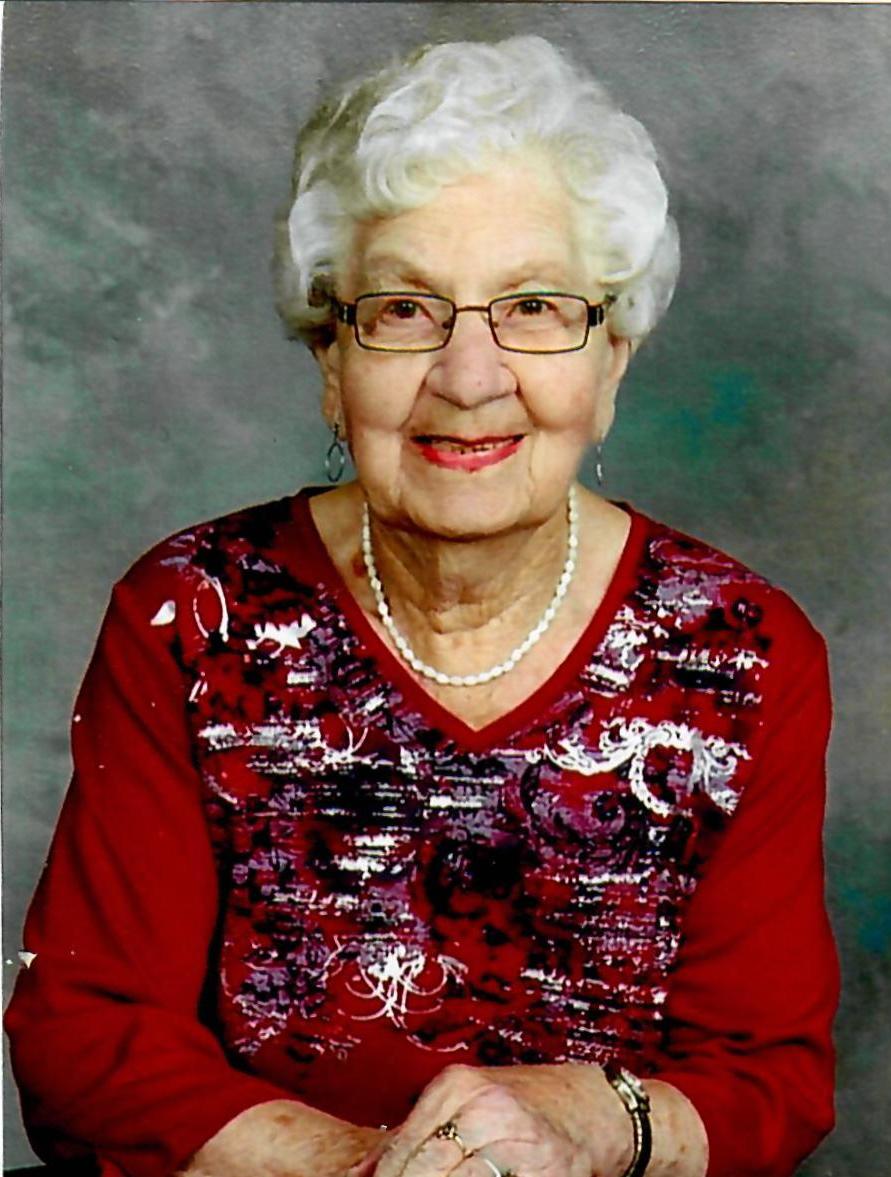 A private Funeral Service will be held Sunday, May 30, 2021 at 10:00 a.m. Live Stream A live stream for this service will be available on Piche Hawkins Grondin Funeral Chapels Facebook page five minutes prior to service time.

Mom married John Monea on November 5, 1939 and they started their new life on the farm west of Killdeer. Mom was a hard worker and took part in all phases of farming, from milking cows, selling cream, raising chickens, planting a huge garden and flower bed, plus driving the tractor in the fields, summer fallowing, swathing, and hauling bales. She was a great seamstress / knitter and took pride in dressing her 4 daughters. Cooking and baking were always on her schedule, and ready to share with family, friends, and the Watkins man.

Dad passed away in 1974 and Mom had her home moved into Assiniboia. She now had time to join the Royal Purple, United Church and the Red Hat group and got involved in playing cards and travelling. She even learned how to ride a bike while in Assiniboia. She met Clark McIntosh and they were married on June 12, 1976. For 17 years, Mom and Clarke travelled all over United States and spent winters in Arizona in their motorhome. They were active in square dancing & clogging and Mom did all sorts of crafts, making items for her daughters which we treasured.  Clarke passed away in 1999 and Mom was left alone. She moved into a cottage in Pioneer Lodge, then into Pioneer Villa, and lastly into Long Term Care in May 2018, where she passed away.

Share Your Memory of
Victoria
Upload Your Memory View All Memories
Be the first to upload a memory!
Share A Memory