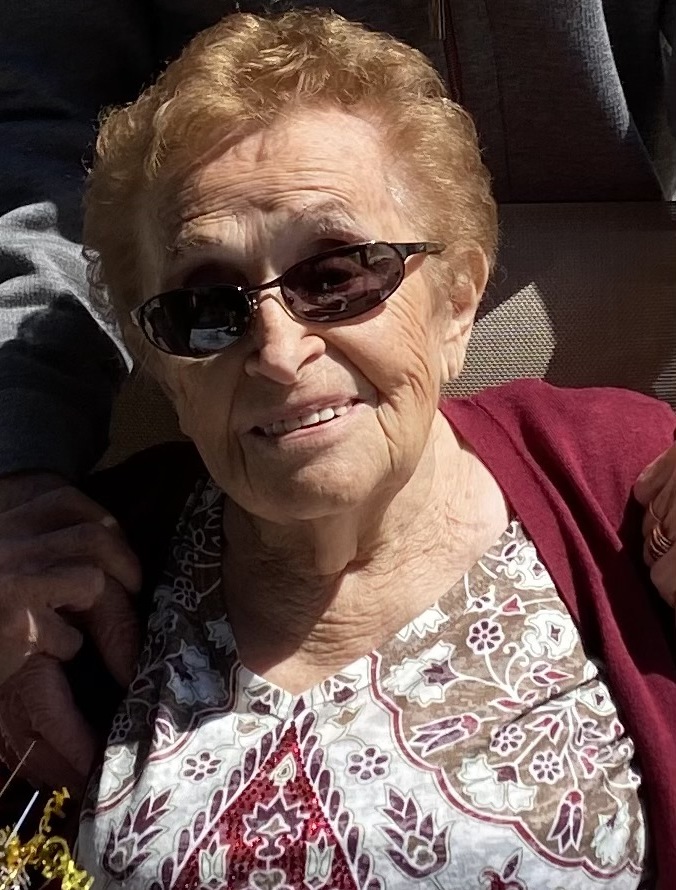 No Service will be held.

Lucille Olliver of Thompson Lake, Saskatchewan left this world June 18, 2021 at the age of 88 years old. She was born May 10, 1933 at Wood Mountain Old Post Hospital and grew up on a ranch near Killdeer Saskatchewan.

Lucille met the love of her life, Thomas Olliver, in 1950 and they were married October 25, 1952. After working in Regina a short time, they moved to the Olliver family farm and lived and farmed there for over 40 years. Working alongside her husband, they built a beautiful life and home for themselves and their three children. Lucille’s children remember her working tirelessly as a homemaker, seamstress, cook, baker, gardener, and most of all, devoted and loving mother. Those who knew Tom and Lucille often remarked on the connection they shared – an unparalleled partnership that exuded a deep love and respect for one another.

Lucille and Tom retired to Thomson Lake, Saskatchewan in their later years where they built their beautiful summer cottage that was designed by Lucille and built by Tom. For over 30 years Lucille and Tom wintered in Arizona, organizing and hosting hundreds of music jams and clogging and dancing with their many friends. Tom was often seen on stage singing and playing guitar while Lucille greeted and organized the musicians with great ease and kindness, welcoming them into their ever-growing circle of friends. They also spent three winters in Osoyoos, British Columbia where they expanded their social circle even further and continued to host and organize music jams at various venues in the town. Wherever Tom and Lucille went, the music, friendship, and laughter followed. For 10 years the people of Thompson Lake also experienced the talent and hard work of Tom and Lucille who organized and hosted an annual three-day Country Music Jam in the park that drew hundreds of people across Canada and the United States, contributing to the growth of the park as well as a sense of community and connection among all who attended.

When Lucille lost her vision in 2019, she learned to navigate a new normal. True to form, she continued to help with baking and cooking, visiting with friends and family, enjoying music (especially Tom’s), exercising, listening to audio books, eating good food, walking and dancing with Tom, all the while maintaining her impeccable fashion sense and inspiring sense of humour. She demonstrated to all who knew her that life’s challenges can be met with grace and courage. Tom was, as always, her partner and rock during these times and both were so grateful to their many friends and family who called and visited – especially their neighbours and community in Thomson Lake.

She is survived by her brother Emile (Thelma) Poirier and sister Camille (Carl) Anderson, her brother-in-law Ron (Isabelle) Olliver and many loving nieces and nephews.

Lucille was a person who left a deep and meaningful impression on all who knew her. She will continue her beautiful legacy through her loving husband, her friends and family, her children, grandchildren, and great-grandchildren. In a prairie breeze, in rhinestone boots, in a country song, in fresh baked buns, in the warmth of a loving arm around the waist - she will be felt and loved forever. May God hold her and keep her in His loving light.

Share Your Memory of
Lucille
Upload Your Memory View All Memories
Be the first to upload a memory!
Share A Memory