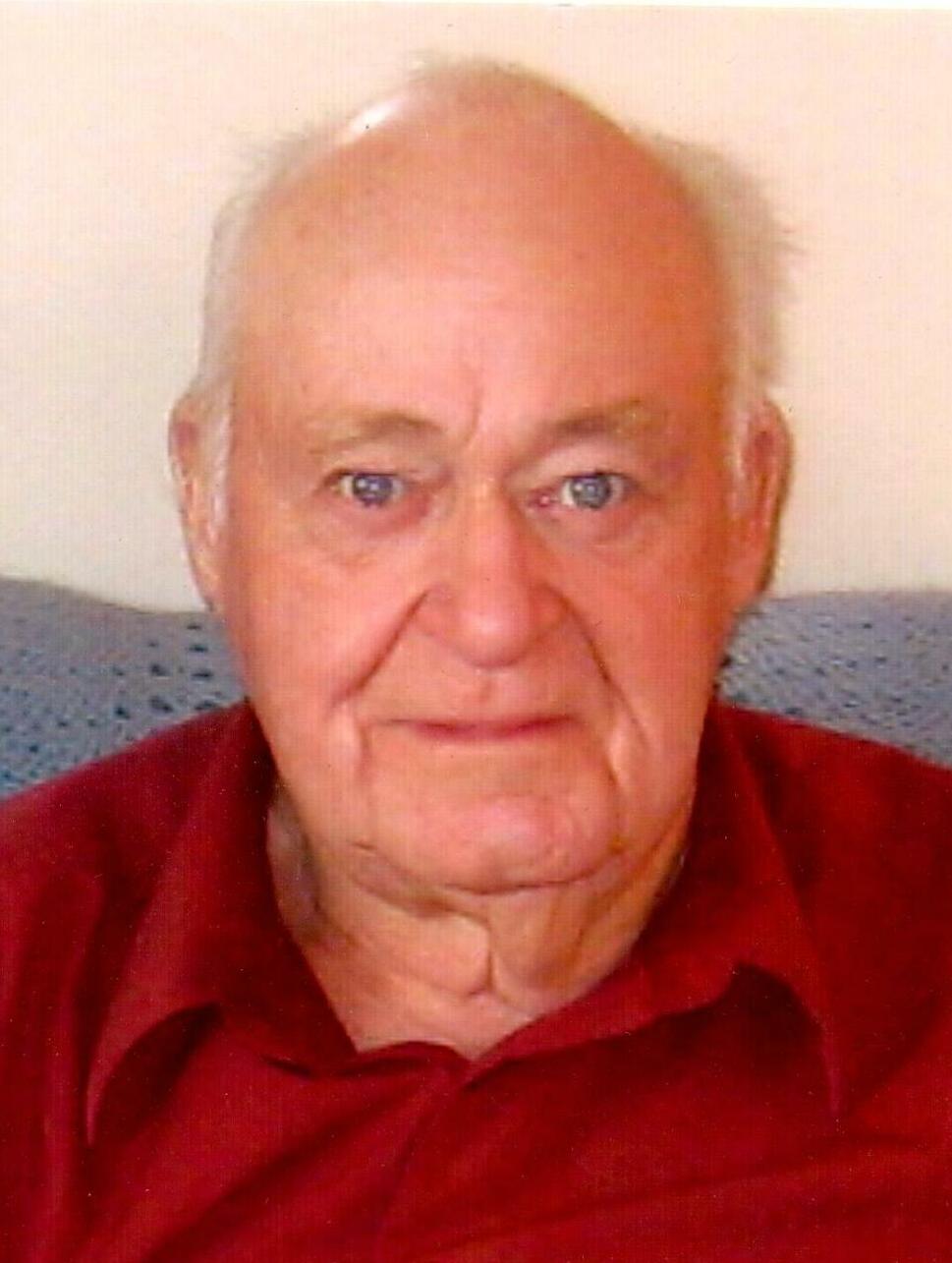 Kenneth David Crooks was born October 26, 1926, in Lafleche, SK, to Frank and Mary (nee McHugh) Crooks. He attended Wood Dale School and Lafleche High School for his education. He then worked at Trail, BC in the smelter as a zinc tester and farmed. On March 23, 1949, Ken married his soulmate Mary Cunningham of Mazenod, SK, and they were blessed with eight children, Allan, Larry, Nelson, Kevin, Leslie, Darrell, Heather, and Marty. Ken rented three-quarter sections of land and they moved into an old house, spending one winter in Flin Flon when Ken worked in the mine as a diamond driller. Power came to the farm in 1955, and the following year Ken and Mary moved to a new house in Lafleche built by the Inter Ocean Grain Co., which had acquired the Weyburn Flour Mills.  Ken was a lifetime farmer, however, during his midyears, to supplement the farm income, he was a grain buyer, and worked for Saskatchewan Crop Insurance. In 1963 they moved back to the farm and into a house they had moved and renovated. Ken acquired his pilot's license in April 1975 along with his son Larry. Ken purchased a 172 Cessna airplane which he used to fly to Yorkton, where they also farmed from 1976 to 1985. In 1987 Ken and Mary bought land from Oswald and Lilianne O’Neill and in 1989 moved to the O’Neill Farm. Ken and Mary grew large gardens and kept chickens, cows, and pigs. In his later years, Ken enjoyed working on old engines, making wall-mounted clocks, doing puzzles, bowling, and fishing. Ken and Mary made many fond memories traveling to Norway, Hawaii, Southern California, Port of Churchill, Mexico, and Expo 86 in British Columbia.  In the fall of 2011, Ken and Mary retired from the farm to Lafleche, and in April 2019, needing a little extra care moved to Prairie Villa in Assiniboia. Sadly, Ken passed away on August 16, 2021, at the Regina General Hospital at the age of 94 years. Ken leaves to mourn his wife of 72 years Mary Crooks, sons Allan Crooks, Larry (Verlyn) Crooks, Kevin Crooks, Leslie (Shelly) Crooks, Darrell Crooks, Marty (Cheryl) Crooks, daughter Heather Crooks, his grandchildren, and great-grandchildren; sister June Sanders. Predeceased by his son Nelson Crooks; daughter-in-law Sandra Crooks (nee Peters); parents Frank and Mary (nee McHugh) Crooks; brothers Francis Crooks, George Crooks and sister Vera McRae. Visitation was held on Saturday, August 21, 2021, at 7:00 p.m., at Piche-Hawkins-Grondin Funeral Chapels, Assiniboia, SK. Funeral Service was celebrated on Monday, August 23, 2021, at 1:30 p.m., at Ste Radegonde Roman Catholic Church in Lafleche, SK. Celebrant was Father Carlos Jimenez. Readers were Andy Crooks and Kerri Fortin. Prayers of the faithful were shared by Joanne Vinish. Music by Dan Phaneuf and the Ste Radegonde Choir. Eulogist was Adam Crooks. Urn bearer was Leslie Crooks. Ushers were Devin Crooks and Jeffrey Crooks. Interment took place at the Lafleche Roman Catholic Cemetery. Donations in Ken’s memory to the Heart and Stroke Foundation, 1738 Quebec Avenue #26 Saskatoon, SK S7K 1V9, were greatly appreciated.

The family of Ken Crooks wish to extend a heartfelt thank you to everyone for your wishes of sympathy, cards, flowers, food, and donations made in Dad’s memory. To the staff at the Prairie Villa in Assiniboia, thank you for the excellent care that Dad received.  Thank you to Father Carlos Jimenez for celebrating the funeral, Joanne Vinish for her support at the church, Dan Phaneuf and the Ste Radegonde Choir for music, and the Parish ladies for organizing and preparing lunch. Thank you to Piche-Hawkins-Grondin Funeral Chapels for their compassion and guidance. We are thankful to the friends and family from near and far who were able to attend Dad’s funeral and to those who were with us in thought and prayer. Your many expressions of sympathy and kindness were very much appreciated.

Share Your Memory of
Ken
Upload Your Memory View All Memories
Be the first to upload a memory!
Share A Memory