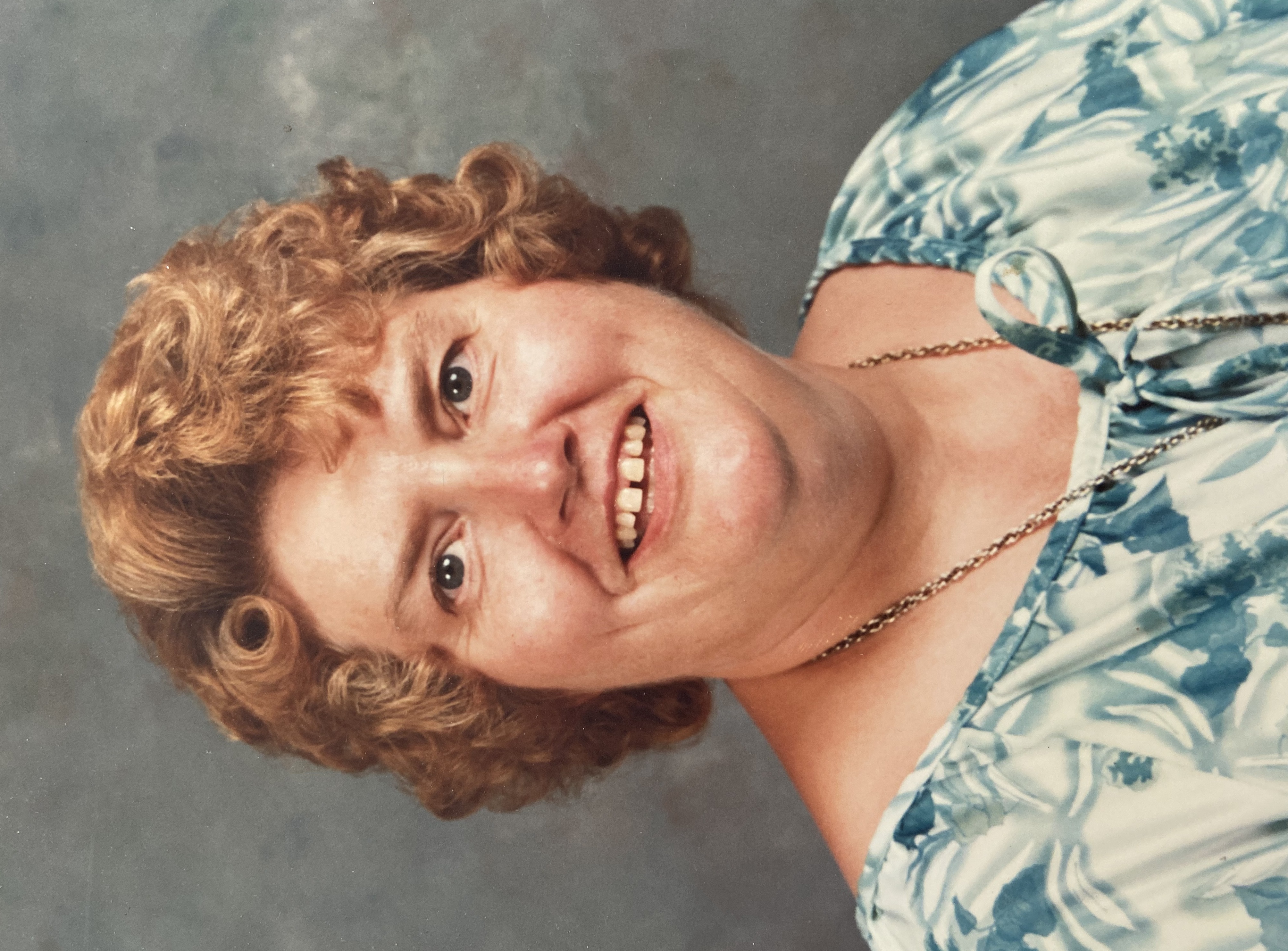 Ruth Deobald (Pouteaux) was born on January 26, 1934, on a farm south of Bateman, SK. Her mom Edith died when she was 11 months old. She was cared for by hired nannies and Aunt Lil. At age 5 she reunited with her brother Walter, dad Arthur, and new stepmom Sarah. Later, three sisters were added to the family, Iris, Myrna, and Linda. Her young years of working hard on the farm prepared her for the challenges of life. After graduating, Ruth ventured to Moose Jaw, living with Uncle Tom and Aunt Lil. She started waitressing at the Harwood Hotel. She met Lawrence, a man that made her feel special and valued. They were married on June 19, 1954. It was a double wedding with Walter and Laura. Lawrence’s work required them to move a lot, settling in Hodgeville with their two daughters, Christine and Marian. Deldeen joined the family as they began mixed farming. Many auction sales were attended to acquire equipment and set up the farm. Days were filled with milking cows, chores, and fieldwork. Large gardens enabled them to sell produce to the stores, preserve, and share with others. Ruth’s big heart was always giving, welcoming many. Henry, Lawrence’s brother, George, and Dwaine came to stay with the family. Ruth never had a dull day, between painting, 4-H, sewing, knitting, and attending her ladies’ groups. In 1977, Ruther understood the grace of Jesus and gave her heart to the Lord. She and Christine were baptized at the Mossbank Church. With the new house being built in Moose Jaw in 1980 came opportunities. Ruth attended the International Bible College and grew spiritually. She then took reflexology and massage classes, helping many with their ailments. God was using her talents to encourage many. After 33 years they decided to make the move to Gravelbourg to be closer to family. Many precious times were shared around the table and playing with the grandchildren. We will miss you, Mom. We are glad you are in a better place with Dad and Jesus. As Jesus would impart in 2 Corinthians 12:9a, “My grace is sufficient for you, for my power is made perfect in weakness.”  Ruth’s loving family, husband of 67 years Lawrence Deobald (dec’d July 25, 2021); daughter Christine Jansen, grandchildren Robert (Debbie), Clinton (Krystal), Joseph (Celeste), Cody (Maria) and families; daughter Marian (Charles) Edelman, grandchildren Steven (Megan), Kevin (Sierra), Trevor (Lindsay), Bryce (Ali) and families; daughter Deldeen (Bob) Rusk, grandchildren Ray (Dallas), Avery (Sheraea) and families; George Deobald, Joey, David, Amanda and families; Dwaine Deobald, Matthias, Anthony and families; Ruth has 40 grandchildren and counting; sisters Iris (Bob) McNeill, Myrna Rolfe, Linda (Ross) Armson and Orka (Ivor) Thorkle. Reunited in Heaven with her infant daughter Brenda Deobald; son-in-law Bob Jansen; parents Arthur, Edith (McKee) and Sarah (Hoffman) Pouteaux; brother Walter and sister-in-law Laura Pouteaux; brother-in-law Gordon Rolfe. Family graveside interment took place on Friday, August 27, 2021, 11:00 a.m., at the Shamrock Cemetery with Sam Hawkins officiating. Celebration of life was held on Friday, August 27, 2021, 2:00 p.m., at the Church of Christ, Gravelbourg, SK. Pastor was Darrell Buchanan. Pianist was Edith Dyck. Eulogist was Bob Rusk. Special music by Kevin and Sierra Edelman. Treasured memories were shared by Victor Pouteaux and Cody Jansen. Honourary pallbearers were all those who shared in Ruth’s life. Active pallbearers were Robert Jansen, Clinton Jansen, Joe Jansen, Bryce Edelman, Ray Rusk, and Avery Rusk. Ushers were Trevor Edelman and Stephen Boorah. Memorial donations in memory of Ruth to the Gideons International In Canada, PO Box 3619, Guelph, ON  N1H 7A2, were greatly appreciated.

Share Your Memory of
Ruth
Upload Your Memory View All Memories
Be the first to upload a memory!
Share A Memory