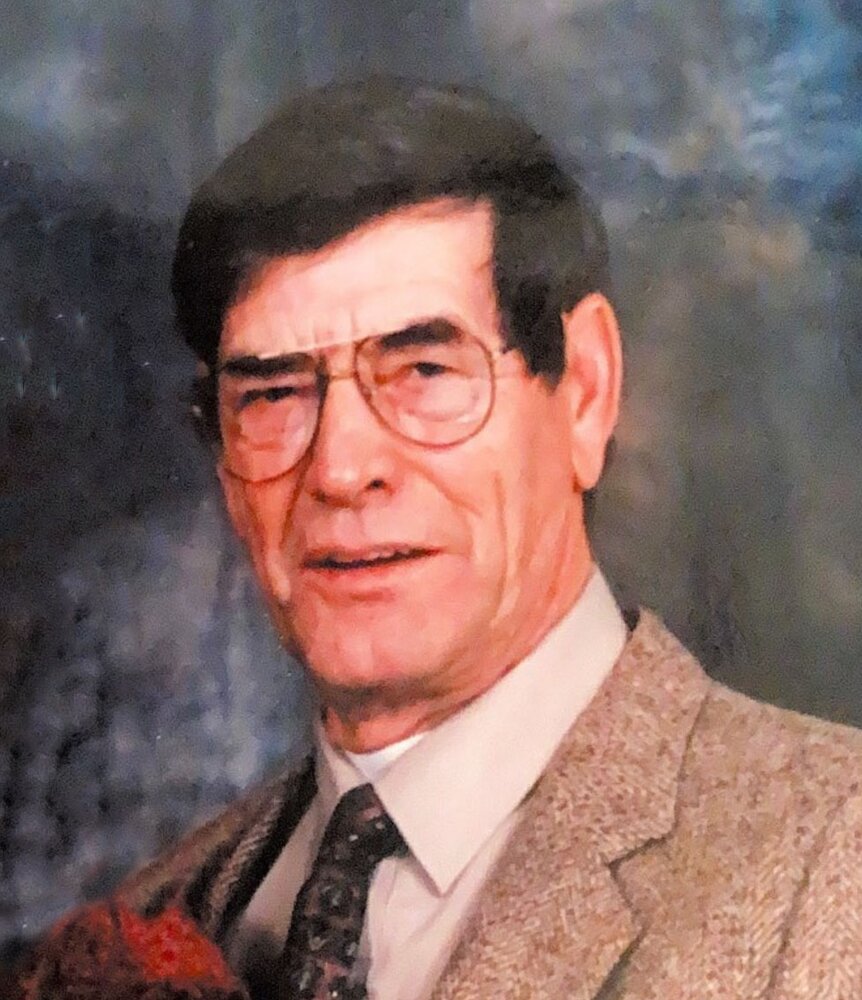 John Allen Knudsen, 89, long time farmer of the Shamrock area, passed away peacefully on January 23, 2022 at Swift Current, Saskatchewan. A private family Celebration of Life will be held at Shamrock Community Hall on February 6 at 2:00 with nephew Murray Althouse leading the service. Interment will follow at Shamrock Cemetery. Funeral arrangements are entrusted to Piche-Hawkins-Grondin Funeral Chapels. The service will be recorded and it will become available for viewing a few days after.

John was born in Chaplin, Saskatchewan on Oct. 6, 1932 to Isabel (Scott) and Gerould Knudsen. He enjoyed telling of the early winter storm that came that day, forcing them to winter at his grandparents’ homestead near Shamrock instead of returning to his parents’ farm by Porcupine Plain. Growing up with seven siblings, it was a busy and close-knit home full of love and faith. Together, they worked, played, and explored their world. Many adventures included the cousins (Mattsons, Milton, and Sandra), too. The Knudsen family remains very close and enjoys regular family reunions and get-togethers, which were always a highlight for John and his family. After attending Pei-Wei School and Porcupine Plain High School, John spent a short time in Ontario and B.C. His jobs included working at a sawmill and fighting forest fires.The lure of Saskatchewan soon brought him home with the opportunity to farm at his grandparents’ homestead near Shamrock in 1953 under his Uncle Waldemar’s guidance. Joined by his brother Ken the next year, a life-long farming partnership began. More than successful business partners, they were best friends. In 1954, John and Ken, along with their brother Peter, started the Knudsen Bros. Sawmill. They had up to 35 employees, including many from the Knudsen family. The south country brought the most important part of John’s life, Dorothy Grace Hughes of the Chaplin area. He recognized that she was beautiful, smart, and out-going. Perhaps it was a sign that she would be a perfect fit for John when she happily climbed up into the “Knudsen Bros.” ton-and-a-half truck when they were dating, and put up with John usually being late, as he was on “Knudsen time”. Married on July 15, 1961, John and Dorothy lived, laughed, and loved side-by-side for the rest of his life. They farmed in summers and spent the winters at the sawmill camp. In 1969, John built a house on the farm using lumber from the sawmill. They were blessed with three children, Cathy, Bonnie, and Allan. Wanting to focus on farming and family, they sold the sawmill in 1974. John loved the farm life, growing crops and raising cattle. He had an appreciation and knowledge of animals, nature, and the land. Farming also gave him the opportunity to use his mechanical, welding, metalworking, and carpentry skills. He was especially proud to receive the Century Family Farm Award in 2010. When the grandchildren came along, Papa was beside himself with joy and pride. Family times included camping, boating, water skiing, down-hill skiing, sports, family trips, games, kids’ activities, and ice cream. When he strapped on his skis, he became like a little boy, with a grin from ear-to-ear. He also enjoyed reading, hunting, puzzles, drives, auction sales, going to the Co-op or any community events, watching curling and Toronto Blue Jays. He appreciated a short afternoon nap, and was known to lay down on the floor or ground and fall asleep, even in the field beside his tractor, sometimes giving a real fright to those passing by. John found time to do many volunteer jobs in the community. He spent many hours at the rink, preparing and maintaining the ice, sharpening skates, working at the hockey games, watching hockey games and figure skating, playing rummy, and curling. It was a community hub where he could share time with friends and family. He was known by all as a strong, soft-spoken, friendly man, with a huge, generous heart who could build or fix anything. John was instrumental in starting the Wiwa Growing Project, a local Canadian Foodgrains Bank project. It combined two things he was passionate about: farming and helping others. To his family, he was a loving and completely devoted husband, dad, and Papa who was always kind, patient, and gentle. He was smart and had a good sense of humour, though it was often subtle, sometimes delivered with a completely straight face, other times with a small grin. He was a man of character and quiet faith. He will be dearly missed, but his strength, love, and character are a part of us and will continue to influence us in our daily lives.

Share Your Memory of
John
Upload Your Memory View All Memories
Be the first to upload a memory!
Share A Memory