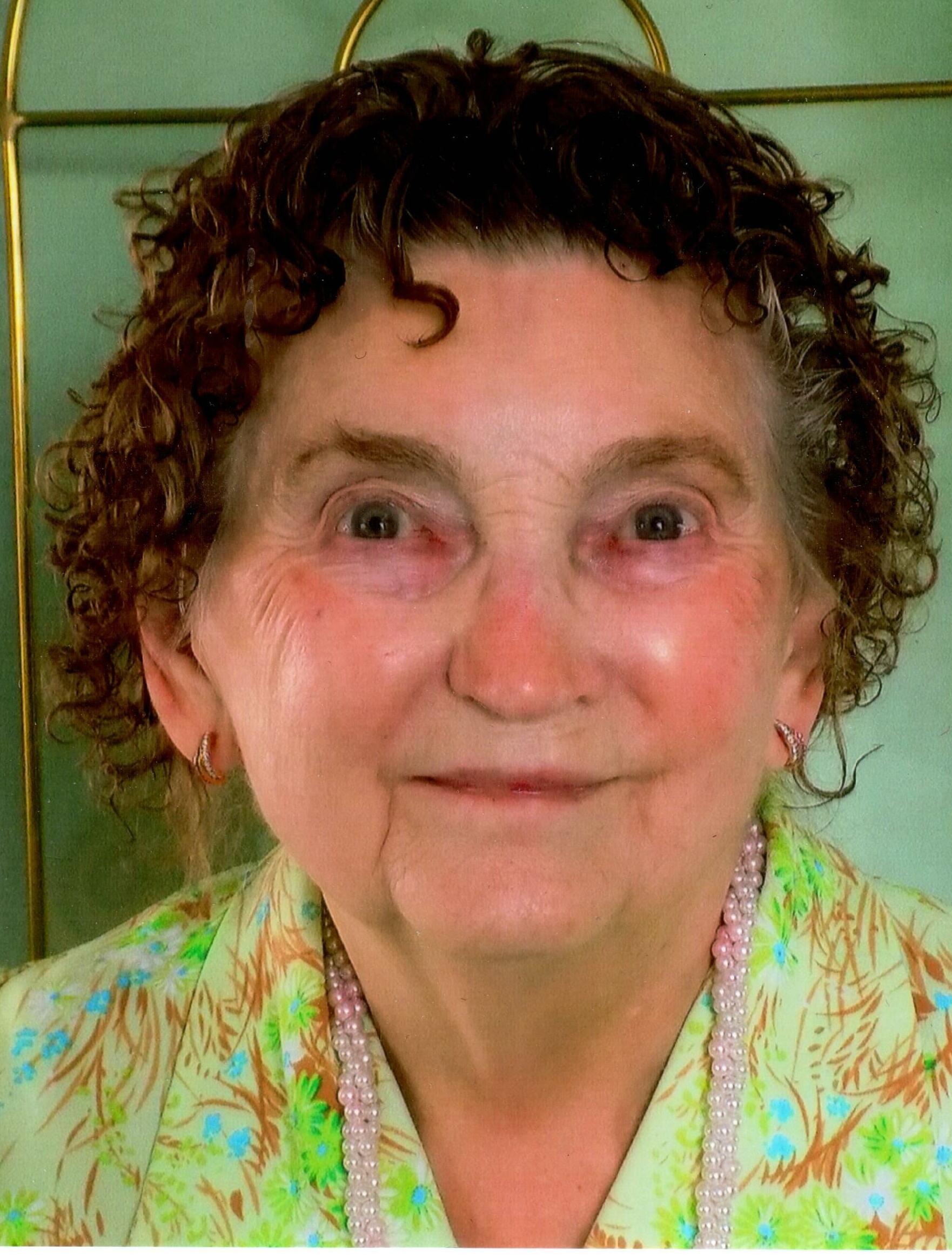 Esther Mary (Hall) Calvin peacefully slipped away to her Heavenly home on February 13, 2022, at St. Joseph’s Hospital in Gravelbourg, SK.  She was predeceased by her husband, John, and her sister, Emily.  She is survived by her children, Leslie (Donette), Linda, Rosalie (Scott) and Ruth (Trent) and grandchildren, Brett, Robyn, Reagan, Liam, Paul, Alexander, Landon, and Brenden.

Esther was born June 3, 1929, on the family farm near Mankota, SK to John and Maria (Wells) Hall.  She attended Jura School, a one room school, and worked on the farm with her parents and sister.  She sewed quilts and clothing with her mother and sister, and they enjoyed going to church on Sundays and spending the day with family and neighbours.

Esther married John Alexander Calvin of Hazenmore on November 7, 1958.  Esther and John settled on the Hall family farm where they welcomed their four children.  As a homemaker, she raised chickens and turkeys, grew a large garden, helped with the cattle and field work, and made meals for the family and hired men working in the field.  The family enjoyed spending time together in the evening watching television, reading, and playing games. Sundays included going to church and afternoon drives or picnics.  She loved spending time with her sister, Emily, until she passed away in 1990; together they enjoyed being involved in the community and visiting with other ladies in the community.  Esther and John also welcomed many family members and friends into their home for meals and overnight visits. They often took road trips in Saskatchewan and Alberta to visit family and friends.

Later, when the children were older, Esther and John enjoyed travelling. They went on trips to Ireland, England, British Columbia, and the United States, often visiting family and friends along the way.  They were proud of their Irish heritage and very much enjoyed seeing where their fathers came from in Ireland.  Esther was also proud of her American heritage and was very happy to visit with her relatives in the United States.  They were proud of their grandchildren and often had visits with Brett, Robyn and Reagan who lived close by and were very happy to have weekend and holiday visits from their other five grandchildren.  She attended dance recitals, Christmas concerts and hockey and football games.  Esther and John enjoyed spending the evenings together, Esther would read, crochet, and do crossword puzzles.  She enjoyed learning about her family history, reading local history books and was a member of the Saskatchewan Genealogical Society Grasslands Branch.

John passed away in 2010; Esther had spent much time caring for him before his passing and missed him very much.  Esther continued to keep herself busy on the farm helping her son and grandson.  She continued to enjoy attending church at Woodrow Gospel Chapel.  She kept busy with chickens, gardening, baking bread, reading, piano playing, colouring, crocheting, completing diamond dotz crafts, crossword puzzles and cooking for and hosting her children and grandchildren.  She had a strong faith, loved her Lord, and spent time everyday praying for each child and grandchild.  She will be dearly missed.

Share Your Memory of
Esther
Upload Your Memory View All Memories
Be the first to upload a memory!
Share A Memory