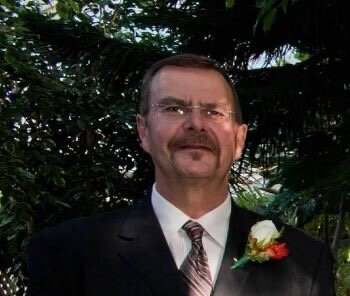 To view the livestream for this Funeral Service, click the tab that says “Facebook” on the left-hand side of the page. When it is available it will appear on Piche Hawkins Grondin Funeral Chapels’ Facebook page. Next, you will have to press the play button. The service’s livestream will become available five minutes before service time.

It is with great sadness that the family of Blair Ellis Dyck announces his passing on Sunday, February 20, 2022.  He will be deeply missed by his wife of 45 years Kathy and daughters Shana (Mike), Jennifer (Ryan), Kendall (Rory), brother Scott, and Grandchildren: Ryley, Dexx, Tanner, Sawyer, Kameron, Scarlett and Declan, as well as extended family and friends.  He is predeceased by his parents George and Marion Dyck and older brother Gregory.

Blair started his career working for his dad’s company Prairie Tel.  Then moved on to work for Sasktel for over 30 years including as a union representative helping people.  Over the course of his life he belonged to the Lion’s Club, Elk’s club, and Knights of Columbus.  He spent a lifetime helping too many people to count; even saving several people’s lives.  Upon retiring from Sasktel, he worked for Brinks until his health forced him to retire completely.

Blair loved to fish and hunt; he was known for his delicious sausage that many people helped him make over the years.  These sausage making days often ended in one of his famous soirees….he loved to entertain people.  Blair was also involved in politics for many years.  He helped wherever he could including going door to door, putting up signs, and organizing & attending functions.  He would help with whatever was needed.

In retirement, Blair continued to help his family and friends with various projects.  He was a reliable man who was always there for anyone who needed him…day or night you could count on him.

Share Your Memory of
Blair
Upload Your Memory View All Memories
Be the first to upload a memory!
Share A Memory