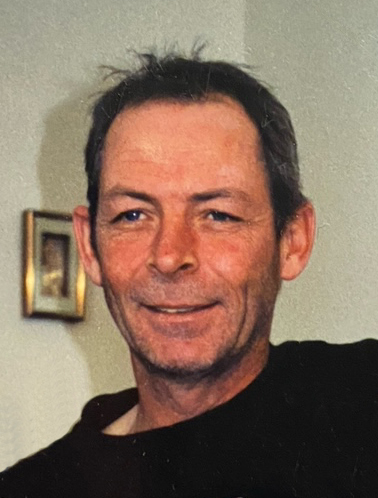 Funeral Service will take place at a later date.

Sam attended school in Limerick. Many of Sam’s friends could tell you a story or two of how many times they pushed out the 1968 Impala from a snowbank that Sam thought he could “make it through.” Sam usually had a hint of mischief in his eyes and always knew how to have fun.

Sam’s first job was working for Kelly Ruzicka, manufacturing trailers. In the fall, he moved to Saskatoon where he worked for Smith-Roles as a welder and then for Winacott Bros.  In the fall of 1981, Sam moved to Regina where he worked as an overhead door installer for Steel Craft, Creative Door Services, and Overhead Door.

In 1987, Sam married his high school sweetheart Maureen Lethbridge in Limerick. They moved home from Regina to farm in the spring of 1990.  They were blessed with two boys, Garret in 1993 and Brandon in 1996.

Sam liked to go sledding in the mountains and went on many trips to the USA and BC. Many family vacations were spent at Fernie Ski Resort where fond memories were made with friends and family. Sam introduced his boys to quadding and motorbikes at an early age, sports they still participate in today.

Sam was a good welder and fabricator. He could envision what you wanted and make it. One day at the kitchen table, his father-in-law Emerson told Sam what he wanted for a bale spike: Sam drew it and then built it.

Sam was a good neighbour and was always there to lend a helping hand. A favourite pastime of Sam’s was spending time at the Round Table at the Limerick Hotel where many friendships were cultivated.

Funeral Service will take place at a later date.

Share Your Memory of
Byron "Sam"
Upload Your Memory View All Memories
Be the first to upload a memory!
Share A Memory