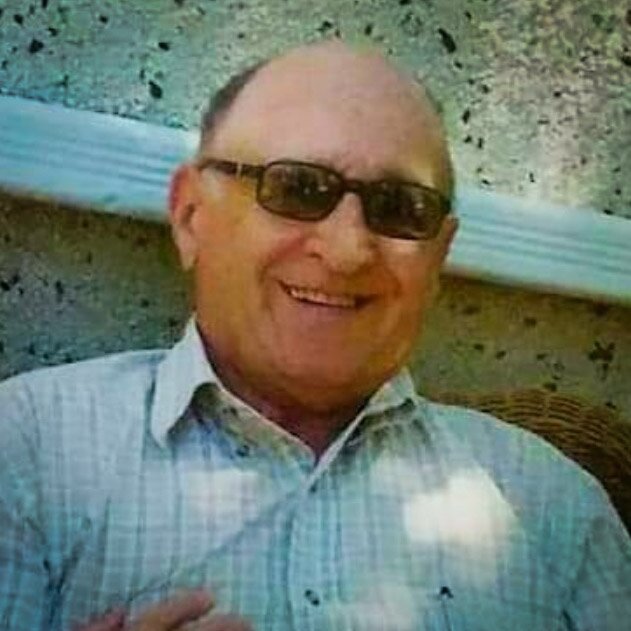 Gerald Herbert Kinchen was born on a farm 5 miles north of Limerick, SK to parents Alex and Effie (Stratton) Kinchen. Gerald grew up on SE 17-9-2 W3 with older brothers Elwood and Lorne and younger siblings Norman and Margaret. He attended Orinoco country school until Grade 9 at which time he started farming with his dad. In 1953 he bought a half section of land from Grandpa Joseph Percival Kinchen, giving the Family and in particular, Gerald, the great distinction in 2019 as a Family farm worthy of the Century Family Farm Award.

In the mid 50’s Gerald met a young red-headed lass working at the Co-op grocery store as a cashier. She was an import from Nottingham, SK.  Her name, Shirley Lois Annetts. They fell in love and were married on June 28, 1955, at the Assiniboia United Church.

In 1955 Gerald bought a house and had it moved to NW 5-9-2 W3. It was a canvas of farmland waiting for an ambitious young couple to begin farm life. Sacred trees were planted, outbuildings added, and a garden planted.  Alex Kinchen, the local well witcher, found the precious water. Pigs, cows and chickens then constituted a mixed farm.

Gerald had been a very involved community member: part of the group to put up the arch rib skating rink in 1967, a member of the Rink Board, Hall Board, 49ers Club, worked the gate at Slow Pitch, as well as other numerous community activities.  Involvement in his eyes was integral to a thriving community.

Farming is not for the faint of heart and Gerald was up for the long haul. He never wavered through hail, drought, insects and rust. He pursued and loved every waking moment. He chose to grow wheat, oats, durum, and barley. Some people are born to be farmers. He was one of them.  He was not a stranger to hard work and fortitude. He was a diligent jump to the job farmer: thorough and timely to cultivate and spray, seed and the just reward—the harvest. And so God made a FARMER.

Gerald took over the NW bus route for Limerick School from his dad in 1970. He drove that same route for 33 years completing his last mile in 2003. His love of children and his firm but fair principles gave him a student’s admiration.

Gerald was a lover of music; he played piano in a family band with brothers Elwood, Lorne, and Norman and cousins Melvin and Floyd Kinchen. They played for the nurses at the Assiniboia hospital. He had rhythm and was a fantastic smooth dancer. He particularly liked country singers: Mel Tillis, Johnny Cash, Conway Twitty and his other favourite red head, Reba McIntyre. He enjoyed fiddle music. Gerald was a man who could build anything out of wood and metal – a table and set of 2 chairs for his daughters, a one-wheeled rod- weeder for Shirley to use in the garden. He could fix darn near anything and as a farmer a strong necessity. He and his neighbours spent many hours dismantling old granaries and houses, so they had lumber to rebuild with. 100 % recycling. The children got good at nail pulling.

In 1992 Gerald and Shirley bought a newer 3-bedroom house and had it moved to Limerick. Norman and his Family had begun the next generation of Kinchen farmers living on the NW 5-9-2 W3. Gerald was still very much an integral part of daily farming practises and drove out on a daily basis.  Gerald and Shirley enjoyed new town neighbours and the closeness of amenities. The family had grown and now included grandchildren and Easter, summer, Thanksgiving, and Christmas was always at Limerick. It is a true testament to the Love and devotion of Family.

Some of Gerald’s favourite past times consisted of: the Sunday family crop checking drive, cards with anyone and everyone who could hold them, chatting and engaging with whoever-wherever, good food, driving, horseshoes, time with neighbours and friends and family time.

In 2010 Gerald suffered a blood clot in his right leg that would not dissolve. Amputation of the leg was the only option. He suffered a massive heart attack during the operation, but made it through. 2 weeks later the surgeon indicated that more of the leg needed removal. A second amputation was performed and he was then on the mend. 3 weeks later he was recovering in Gravelbourg hospital. Hallelujah!  Amen!

He adapted to his disability in a very short period of time using his walker and wheelchair. Shirley made many adaptions to support this new lifestyle. She picked up where need be. She became the strong silent partner. His upper body strength was a huge advantage. His only fear was that without his right leg he would be unable to drive.  NOT GOOD!! He was required to take a driver’s test and because he was such a grand driver …. He passed with flying colours. Adaptations were made and support from loving caring family and friends and community members smoothed the way. Life carried on, as so it should. Drives were taken – with a cell phone, dice were rolled, coffee drank, he was able to drive the grain truck and tractor and family celebrations continued.

His mental and physical strength, determination, grit, fortitude, and perseverance served him well through it all. He liked to call these last years 2010-2022 (his BONUS years).

Gerald and Shirley moved in June 2021 to Prairie Villa in Assiniboia. It was a very difficult move to make, but it was necessary. A new chapter with more Senior friends, no cleaning, no dishes, no sweeping, no meal prep, but with activities, in-house church, activities like Bingo and visiting … visiting and lots and lots of visiting. They adjusted.

On Saturday, April 23rd Gerald was taken by ambulance to Assiniboia Hospital as his breathing was a bit laboured and his blood pressure was fluctuating. It was discovered that he had suffered a heart attack 4-5 days prior. No one knew. We would like to add that 4-5 days prior when he had suffered the heart attack, his last remaining sibling, Elwood Kinchen of Weyburn, passed away on Tuesday, April 19.

Gerald had suffered complications from the heart attack but was being treated. Shirley and granddaughter. Sarah visited the next morning and found him to be in good spirits, but weak. He was requesting ice cream. Dean and his wife Brenda visited in the afternoon and brought the ice cream. They had a lovely visit.  A little while later farm and town neighbours and long-time friends – Michael and Carmen Cobbe paid a visit. They too had a joyous visit. A half-hour later the hospital staff checked in on Gerald and he had passed.

As a Family, we like to think that in the still quiet moment of the glow from family and friends and food that God saw that he was tired and came to call him home. We were shocked and saddened, but rejoice that he had lived a long, fabulous life, so full of the love of family, friends, community, and farming. Just the way he wished it and wanted it to be. No regrets… only LOVE.

Share Your Memory of
Gerald
Upload Your Memory View All Memories
Be the first to upload a memory!
Share A Memory