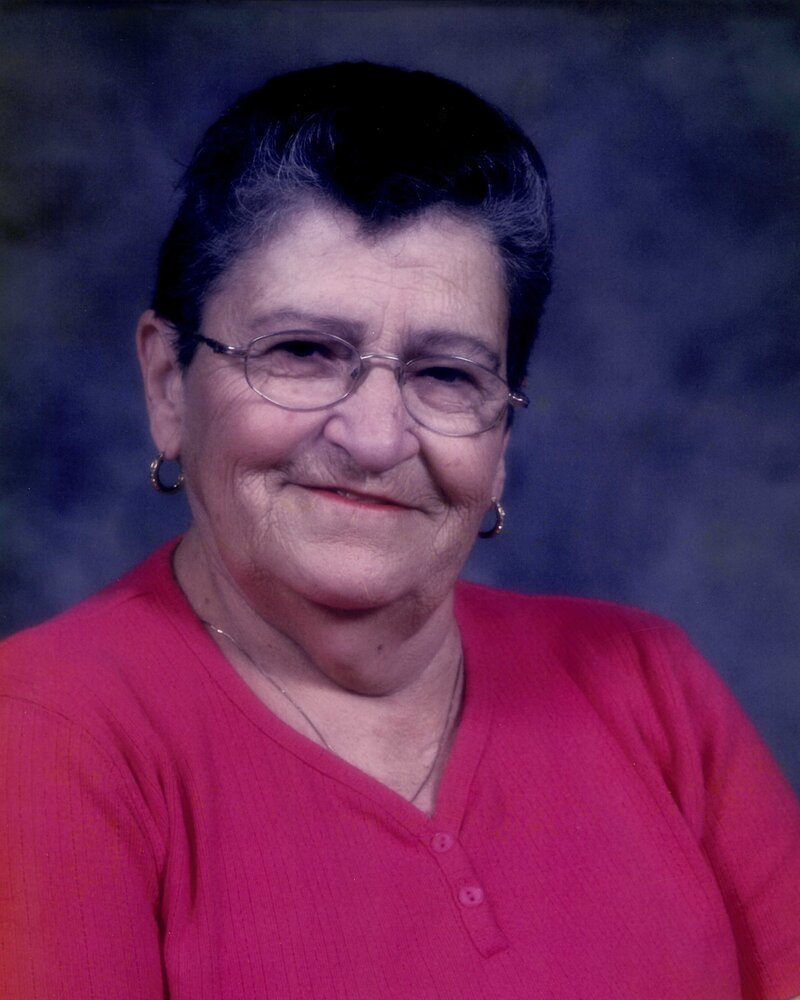 Louise Lorrain (nee Poirier) passed away peacefully at St. Joseph Hospital in Gravelbourg, SK on Sunday, May 1, 2022, with family at her side. She was the eighth of ten children born to Frederic and Marie Louise Poirier, and a twin to Louis. Louise was born on November 27, 1938, in Moose Jaw, SK. She was raised on the farm three miles west of Coderre and attended the old brick Coderre School. After completing her schooling, Louise moved to Saskatoon, where she studied to become a seamstress. She married her soulmate, Edouard Lorrain, and they were blessed with four children. They made their home and farmed in the Palmer district. Louise was an exceptional seamstress and taught her family how to sew. She later took up quilting, a hobby that she was introduced to by her daughter, Suzanne.  Louise loved square dancing and was a wonderful dancer. She was a fabulous cook and was always open to making a meal. She loved to entertain and could easily create a wonderful meal for a large group. She also cooked at the College Mathieu. She had a compassionate heart and was an exceptional caregiver, volunteering at St. Joseph Hospital/Foyer d’Youville in Gravelbourg. Louise enjoyed crafts and puzzles and was an avid reader. When her eyesight began to fail, she began listening to audiobooks. Her son, Andre, would keep a minimum of ten new books available for her to listen to. Louise was known for her beautiful penmanship, and her witty and comical personality. She was tiny, but could accomplish so much. She enjoyed traveling and many trips were made to visit her siblings, and she had an unconditional love for her family. Louise appreciated her brother, Albert, so very much. She found her faith in 1990, which became central to her life. Louise suffered a great loss when her husband passed away in 1993. She moved to Gravelbourg for a short time. Missing the farm terribly, she decided to spend the summer months with Amedee and his family and wintered with her daughter, Suzanne, in Alberta. In 2007, Louise moved to Assiniboia. Louise will be remembered for her kind heart and strong faith. She will be deeply missed.

Celebration of Life will be held on Friday, May 6, 2022, 1:00 p.m., at Piche-Hawkins-Grondin Funeral Chapel, Assiniboia, SK. Private family interment will take place at the Gravelbourg Roman Catholic Cemetery. Memorial donations in memory of Louise may be made to the Cancer Foundation of Saskatchewan, 200-4545 Parliament Ave., Regina, SK  S4W 0G3.

Share Your Memory of
Louise
Upload Your Memory View All Memories
Be the first to upload a memory!
Share A Memory