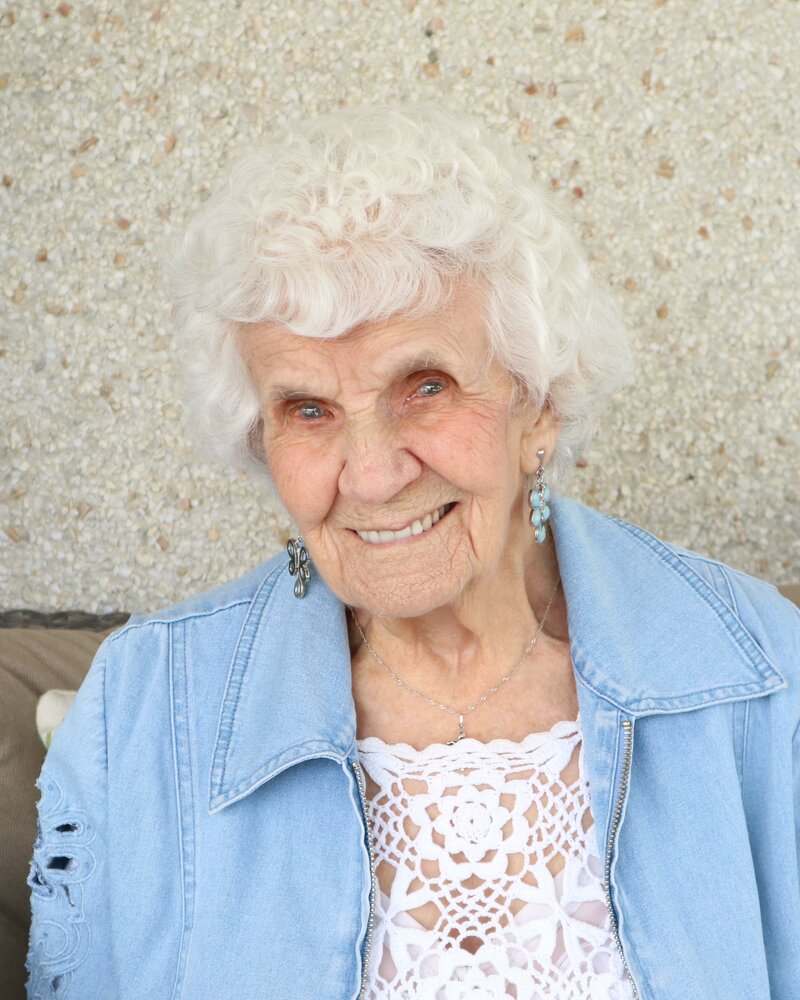 Anita was born on August 31st, 1919 in Milly, Saskatchewan to Eugénie and Auguste Clermont.  She grew up in the McCord area and was the youngest of 12 children.

Anita married the love of her life, George Croisetière, on October 23rd, 1939 in Laflèche. They were married for 74 years and had 6 beautiful children together.

Anita was a homemaker, raising her children in Laflèche and Moose Jaw. Then in her early 50’s, she decided to use her talents as a seamstress at Ruth’s Sewing Centre in Moose Jaw.  She worked there until the age of 75 sewing many wedding, bridesmaid and grad dresses, and doing mending of all kind.  She was very skilled at crocheting, making afghans for her many family members up until her passing.   Anita was an avid horticulturist who loved spending time in the yard.  She could also be found in the kitchen cooking and baking her infamous brown sugar candy, sugar pies, and meat pies. Anita also had a significant love and passion for dancing. At an early age, George and Anita spent many evenings square dancing. Later in life she took up line dancing until the age of 99. While living at Points West, she made many friends among the residents and staff while playing cards, bingo and shuffleboard.

Anita was a constant hostess, welcoming everyone into her home with love and kindness.  Anita was marveled by so many for her strong will and her sense of fashion. She was always dressed to the nines for every occasion.

Share Your Memory of
Anita
Upload Your Memory View All Memories
Be the first to upload a memory!
Share A Memory