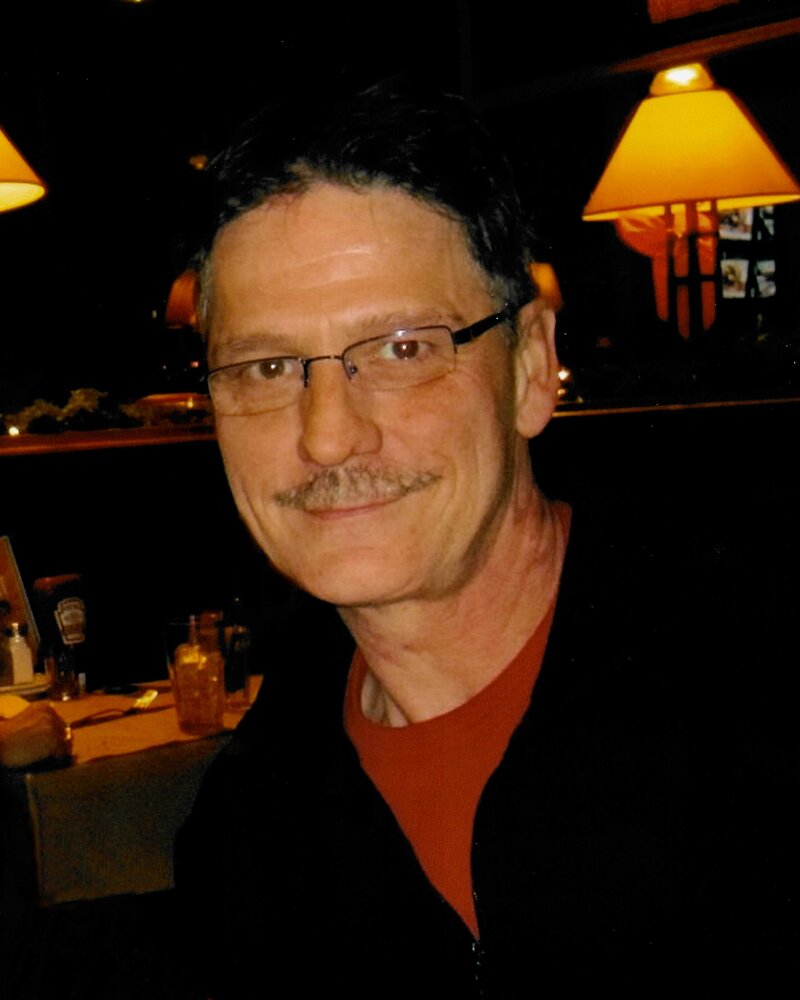 It is with great sadness that the family of Gregory Scott Anderson announce his passing on Wednesday, July 27, 2022, at the age of 62 years. Scott was born on September 3, 1959, in Brooks, AB, the youngest child of Glenn and Rita (nee Fletcher) Anderson. He came into this world screaming and never sat still. Scott attended school in Brooks and completed high school in Calgary. At the age of 19, he moved to Ontario, where he was married and blessed with two daughters. Scott taught himself powder coating, started his own powder coating business and taught powder coating at the University of Toronto. He lived in Hamilton for a time, returning to Calgary in the early 2000s. Scott then met his soul mate, Deb Michaud, and they were married on July 3, 2004, in Edmonton, AB. Scott and Deb’s families blended to become one. Scott’s passion was aviation, and he was proud to work in this industry. His favourite job was with Landmark Aviation in Calgary, where he was able to meet many celebrities, including a former president, the royals, hockey teams, musicians and actors, including Reba. Scott and Deb moved to Mossbank in 2010, and he commuted to Calgary for a time, then to Briggs in Regina and 15 Wing in Moose Jaw. He worked at the Co-op in Mossbank for a number of years, where he was excellent with the staff and the customers enjoyed his knowledge. Scott and Deb bought an acreage on the outskirts of Mossbank and raised chickens. It was during this time that John Deere came looking for Scott, recruiting him to be part of their team. Scott always said that South Country Equipment was the best company to work for. Scott loved muscle cars and was proud to restore an old rust bucket 55 Chevy to its former glory. He was able to identify muscle cars instantly and look up into the sky and know which type of plane was flying overhead. He was a diehard Toronto Maple Leaf Fan. Scott had a great sense of humour and was always able to make others laugh. He will be dearly missed by his family, friends, and community.

Memorial Service will be held on Tuesday, August 9, 2022, 2:00 p.m., at Cornerstone Gospel Church, Mossbank, SK. Memorial donations in memory of Scott may be made to Riverside Mission, 40 Manitoba St. E., Moose Jaw, SK  S6H 0A2.

Share Your Memory of
Scott
Upload Your Memory View All Memories
Be the first to upload a memory!
Share A Memory