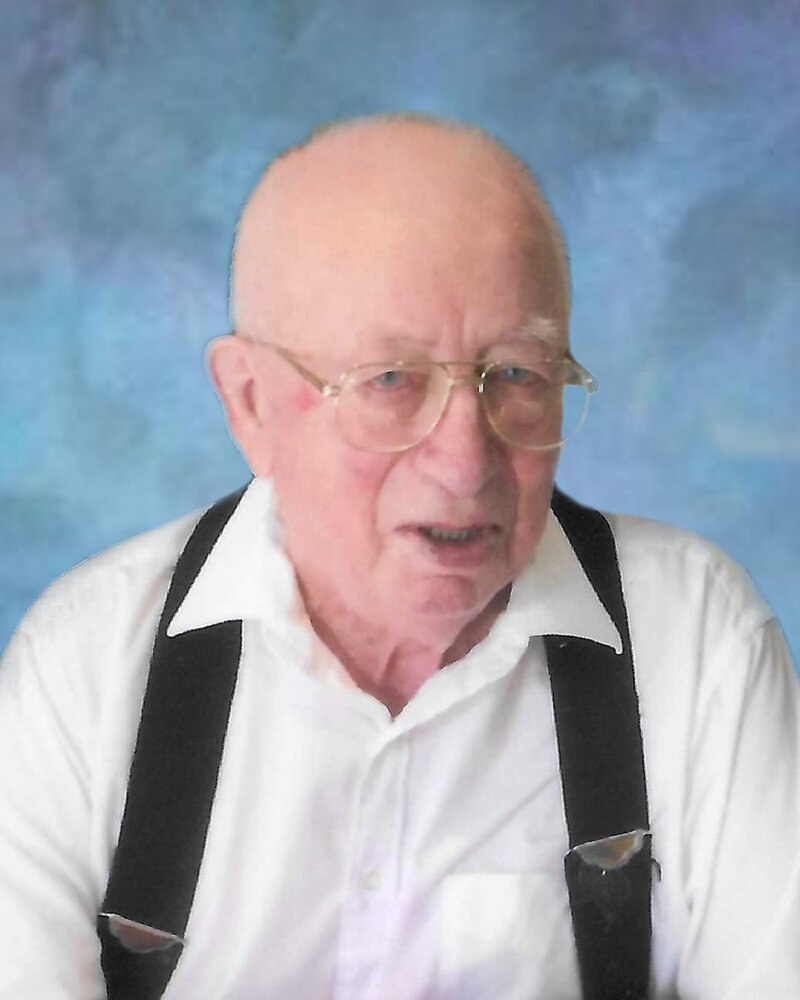 Harry Gerhard Stark passed away peacefully on Monday, September 5, 2022, at the Ross-Payant Care Home in Assiniboia, SK. Harry was born in Germany on April 21, 1927, the second of four sons to Rudolf and Pauline Stark. The family arrived in Canada when Harry was two months old. They eventually settled to farm in the Ardill district where he attended Hilton school. Harry farmed in the district and held various jobs in Regina in the winter months for many years. While in Regina he was a proud member of the Commissioners. During his time in Regina, Harry met Joyce Wood and they were married on Valentine’s Day in 1976. Harry enjoyed travelling and seeing new places. He travelled to Russia and various places throughout North America. Joyce shared his love of travel and together they travelled to many more places such as Australia, New Zealand, Germany, Holland, Sweden, Iceland, Greenland, and Ireland. Harry enjoyed reading and learning new things and loved to visit and would talk to anyone long enough to find a common connection. He was happiest when he could make something out of nothing, especially if it involved tape. Harry is predeceased by his wife of 38 years Joyce (nee Wood) Stark; parents Rudolf and Pauline (nee Bauer) Stark; brothers Rudy (Skippy) Stark, Norman Stark; sister-in-law Verna (nee Wood) Slysz; brother-in-law Garth Wood; niece Debbie Stark; and great-niece Christina (nee Voisin) Singbeil. He is survived by his brother Werner (Irene) Stark; sisters-in-law Edna Stark, Joanne (Earl) MacDonald; brother-in-law George (Ione) Wood; and numerous nieces, nephews, great and great-great nieces and nephews. Until we meet again, Uncle Harry, “See you in the funny papers!” Graveside Funeral Service will be held on Monday, September 12, 2022, 1:00 p.m., at the Mossbank Cemetery, Mossbank, SK. Memorial donations in memory of Harry may be made to the Furrows and Faith Retirement Cooperative, Box 129, Mossbank, SK  S0H 3G0.

Share Your Memory of
Harry
Upload Your Memory View All Memories
Be the first to upload a memory!
Share A Memory