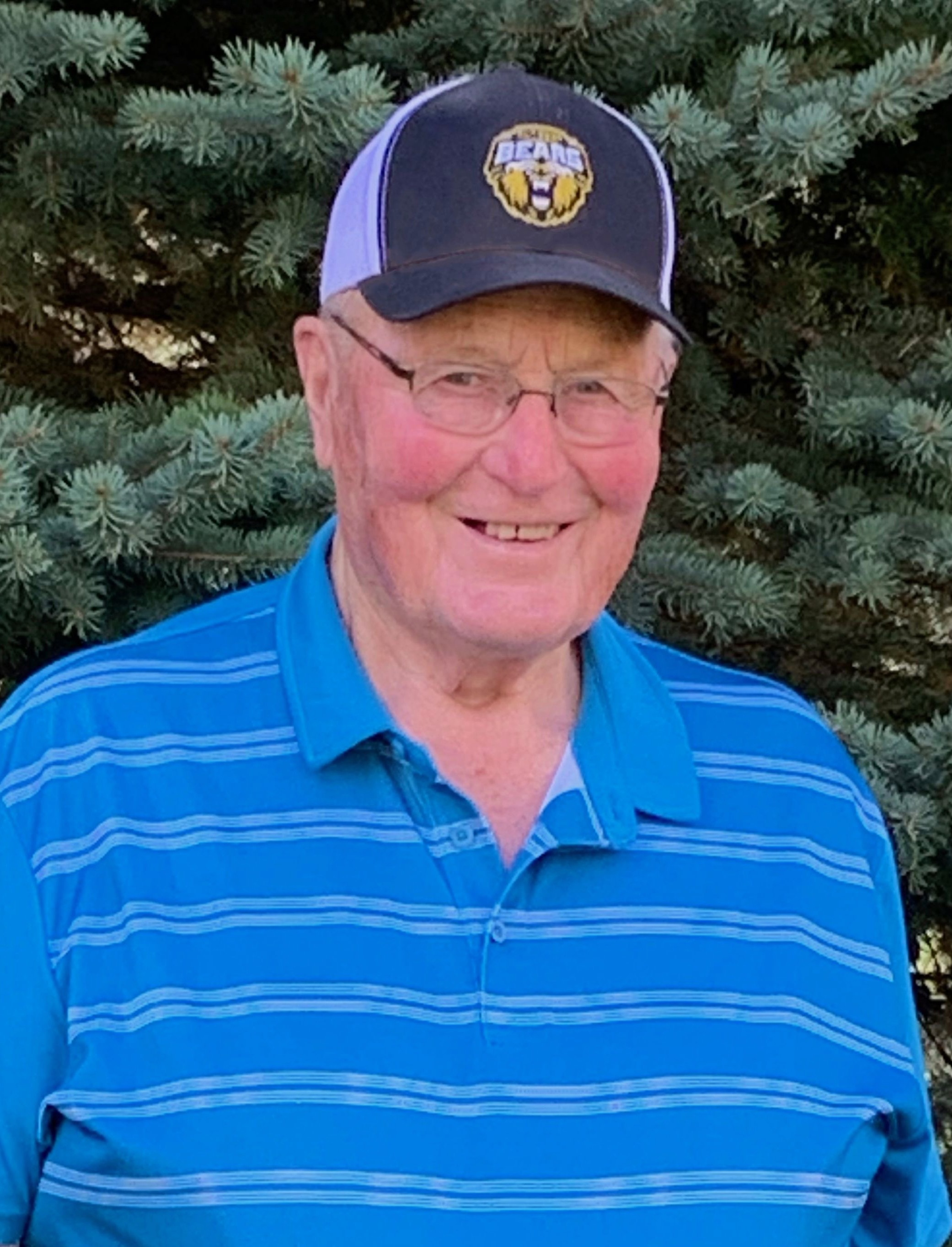 To view the live stream for this Funeral Service, click the tab that says “Facebook” on the left-hand side of the page. When it is available it will appear on Piche Hawkins Grondin Funeral Chapels’ Facebook page. Next, you will have to press the play button. The service’s live stream will become available fifteen minutes before service time.

In 1961 a new schoolteacher (Fay) moved to Glen Bain and she caught the eye of the Co-op manager.  On January 5th, 1962 while attending the Christmas concert, a winter storm caused a delay and Leverne asked if he could drive her home. This started their courtship, which led to a July 4, 1964 summer wedding at St. Paul’s Lutheran Church in Gravelbourg. They lived in the Co-op house in Glen Bain until the spring of 1972 when Leverne and Fay purchased the Pete Bonk farm, starting his farming career.  Leverne and Fay worked hard to develop a beautiful farmyard in which they took great pride. They were blessed with 3 children, Lisa (1970), Trevor (1973), and Sherri (1974); 10 grandchildren; and 4 great-granddaughters. They farmed until 2013, when they retired and moved into Swift Current.

Leverne was a very community orientated man and served on many local organizations, always willing to spend countless hours helping his community and fellow neighbors.  Leverne also drove school bus for 30 plus years, enjoying his time with the kids.

During Leverne’s leisure time he loved to hunt, fish, curl, play hockey, play cards, dancing, and wood working. He made sure that each of his children knew how to dance. Every Saturday night, Leverne and Fay listened to the Old Time Dance Party on the radio live from Yorkton. Spending time with family and friends was very important. Leverne’s faith was strong and attending church every Sunday was important to him, with Sunday family suppers always being a hit at the farm. The door to Leverne and Fay’s home was always open, and everybody was always welcome to stop by. Making homemade sausage every fall was a priority and Leverne made sure the grandchildren knew how to continue with this tradition. We were already making plans for this year’s sausage event. Many family camping trips were taken in Saskatchewan, Alberta, and British Columbia which has left us with great memories. Leverne and Fay even made a special trip to Norway in 2007.

Leverne was an avid Blue Jay’s and Rider’s fan. He loved to attend and watch curling, football, and hockey games that his grandchildren participated in. He knew what his family was up to at any given time. They were all his pride and joy.

Leverne, you will be dearly missed. We will love you forever and see you again one day.

Share Your Memory of
Leverne
Upload Your Memory View All Memories
Be the first to upload a memory!
Share A Memory