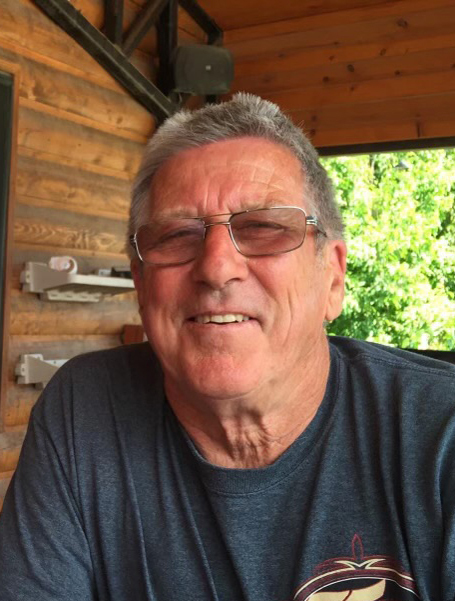 Garry was born May 23, 1946 in Lafleche, Saskatchewan to Frank and Alma (Vervalcke) Booth, younger brother to Fay. He was raised on the family farm south of Woodrow. He attended Belmuir School via horse and buggy.

Garry grew up with a passion for riding horses, pedal bikes, motorcycles and anything else that had wheels.  He spent many days riding his bicycle to his grandparents’ place.

His love of riding his beloved horse, Dawn allowed him to take part in the 1966 Gravelbourg wagon train to celebrate the 50th anniversary of Gravelbourg, and he rode Dawn in the parade as a flag carrier. He also spent hours on Dawn rounding up cattle and moving them to the community pasture.

He attended high school in Lafleche, followed by automotive mechanics at SIAST in Moose Jaw. He worked at Parkview Motors in Gravelbourg, and later in Regina where he apprenticed to receive his journeyman’s mechanics certificate.

While working in Gravelbourg he met Germaine, and they were married on August 31, 1968.  They lived in Gravelbourg for 6 months then moved to Grandpa Ned’s homestead to start farming alongside his parents Frank and Alma.

In 1970 Garry and Germaine moved to Coleman, Alberta where Garry was employed by Kaiser Industries. He drove a fuel truck to keep the 350 Tonne trucks moving. He would come home with many stories of the size and magnitude of the equipment and the driving on mountainous roads. After 6 months they returned to the comfort of the farm.

In 1970 Jacqui was born and Kelly followed in 1972. Their lives on the farm consisted of grain farming, raising cattle and hogs.  As time went on and their lives centred around raising their family, more “toys” appeared to entertain the family. Along came pedal bikes, snowmobiles many different cars, trucks, and motorcycles. Since they lived so close to Nana and Papa the kids spent many days riding their bicycles back and forth, just like their dad did with his grandparents.  Sometimes the only way of knowing where they were was to look for the flags on their bikes.  When winter came so did the snowmobile rides and parties shared with many friends and neighbours.

When the kids were old enough to attend swimming lessons Garry transformed a school bus into a motorhome and off to Thomson Lake they went loaded down with bikes and all the gear needed to camp.  Their summers also consisted of many trips to Kelowna to visit his cousin where they spent countless hours on Lake Okanagan watching the kids waterski.

In 1978 Garry bought his first touring bike which resulted in many years and thousands of miles covering most of the US states.  He also attended at least 20 Sturgis Motorcycle Rallies and a yearly “Dash to Deadwood” ride organized by his son Kelly.  He was the inspiration for his daughter, Jacqui, getting her first street bike in 2014 and they shared many rides together including the 75th anniversary of the Sturgis Rally.

While he lived on the farm Garry wore many different hats– he was a school bus driver for 14 years, was certified in air conditioning repair (he modified a van with all the equipment and parts needed to repair automotive and agriculture equipment), and he constructed a shop on the farm to facilitate his growing business.

In the early 1990s, Garry worked for B&A Petroleum in Assiniboia for several years. During that time the farm was sold and in 1994 Garry and Germaine bought a house in Lafleche.  In the following year, the shop from the farm was moved into town and Garry opened his business in town.

After being in business for a few years Garry took a position with Select Carriers out of Saskatoon picking up trailers from Indiana and delivering them to different businesses throughout Alberta and Saskatchewan.  This led to Garry purchasing a semi-truck to have freight in both directions. He also worked for Due North out of Morinville, Alberta and later Q-Line in Saskatoon. One of Garry’s most interesting stories of trucking involved the transport of trailers for FEMA to the areas most affected by Hurricane Katrina.

When Garry was finished with trucking, he settled back into Lafleche full-time, keeping his mechanical shop open, always willing to help anyone needing mechanical assistance.

In 2014, Garry went to fix an air conditioner on a combine at Rod and Jeff Bushell's farm.  He made the comment, "I sure would llike to run one of these." After returning from a vacation with Germaine, Garry went on to help them with harvest and seeding right up until the present day.  He truly enjoyed returning to his farming roots.

Garry loved music and dancing and was an excellent dancer. His two-stepping skills live on in Jacqui and Kelly. His greatest joy was his kids and grandkids, which he bragged about continuously.

He loved to laugh and have an occasional beer.

He was adventurous and always willing to take on challenges, including 2 Iron Butt motorcycle rides with his son Kelly - the Saddlesore 1,000 (1,000 miles in less than 24 hours) and the Bun Burner 1500 (1500 miles in less than 36 hours) where he was awarded a certificate for being the oldest participant for all of North America.

A Celebration of Life will be held on November 5, 2022, 4:00 p.m., at the Wood River Memorial Hall in Lafleche, Saskatchewan.

Share Your Memory of
Garry
Upload Your Memory View All Memories
Be the first to upload a memory!
Share A Memory