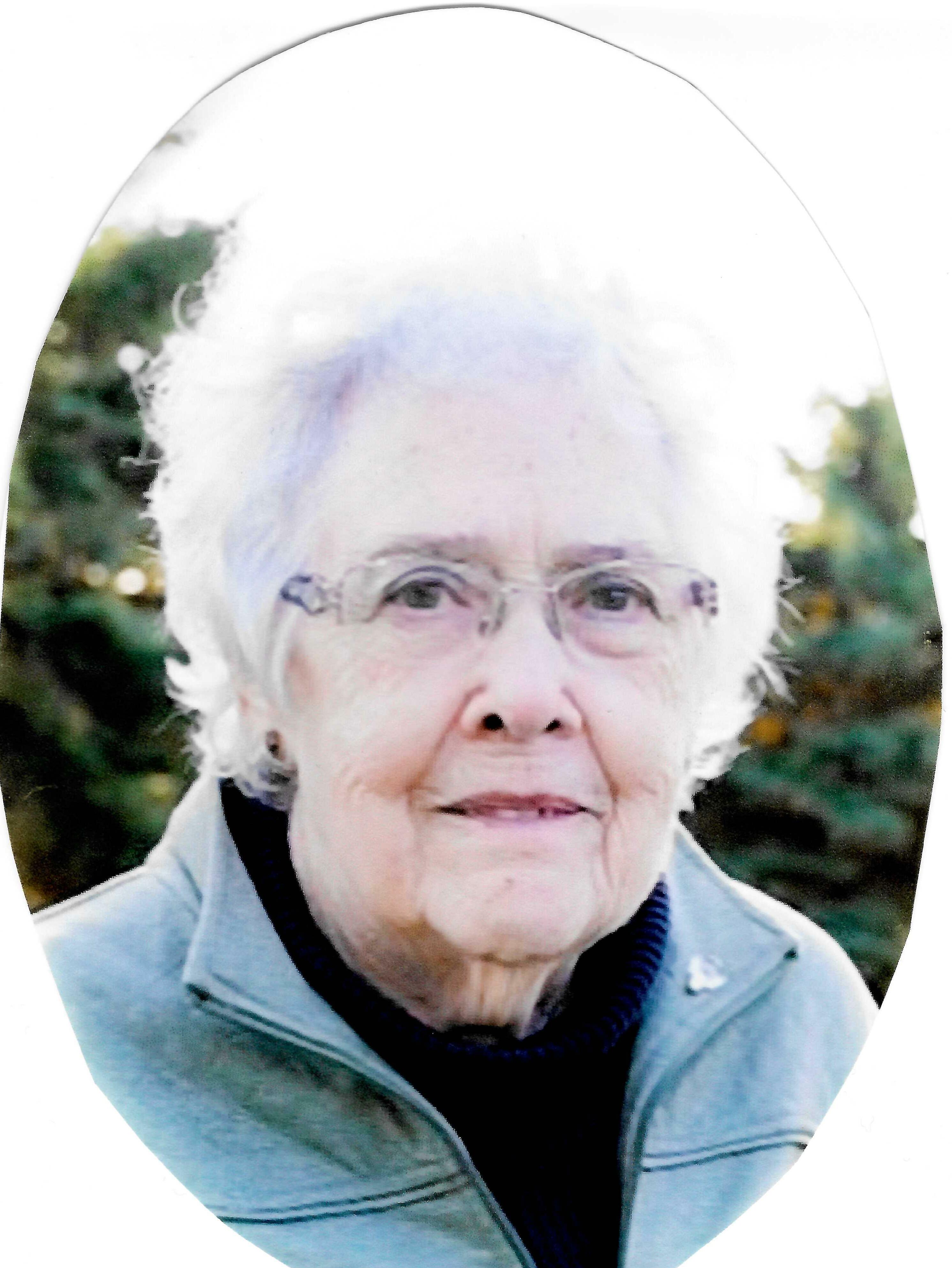 Ellen ‘Doreen’ Singbeil  (nee Munroe) 95, of Mossbankpassed away in Gravelbourg Hospital on October 27, 2022.

Born in the Mossbank district, Doreen completed her schooling in Moose Jaw and after graduation she worked in many homes assisting with housework and babysitting.

Doreen married Art Singbeil on October 27, 1951 and had two children Larry and Mervyn .  Together Art and Doreen farmed the Adolf and Emilia Singbeil homestead until the boys were old enough to take over.  In 1985 they built a house and moved into Mossbank . Doreen was an active member of the Trinity Lutheran Church and taught Sunday school for many years. She loved flowers, gardening, sewing and knitting but her family was her true passion.

Doreen’s funeral service will be held November 2 at 1:00pm at the Cornerstone Gospel Church in Mossbank.  Donations in honour of Doreen can be made to the Furrows and Faith Retirement Villa in Mossbank, where Doreen spent her last years.

The family would like to give a special thank you to the staff of the Furrows and Faith Retirement Villa for taking such great care of Doreen and also to the Dr’s and Nurses in the Gravelbourg Hospital for all your care over the years.

Share Your Memory of
Doreen
Upload Your Memory View All Memories
Be the first to upload a memory!
Share A Memory