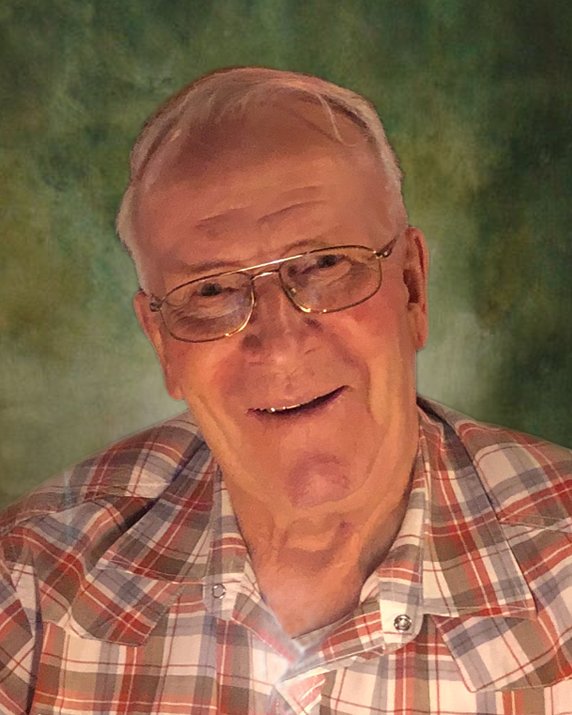 Carl Robert Kindt of Assiniboia, SK, passed away peacefully with family by his side on Sunday, October 6, 2019, at the age of 87 years. Bob was born on September 11, 1932, in Assiniboia, SK. He was the second of four children born to Carl and Phoebe (nee Easton) Kindt. Bob attended Leeville School, down the road from the Kindt farm. After graduation, Bob attended the School of Agriculture in Saskatoon. He then returned to work on the family farm. Bob met his best friend, wife, and true love, Joyce Leaver, at the post office. They were married on October 7, 1953. Bob and Joyce were blessed with two children, Dale and Allison. Bob and Joyce farmed together and kept horses, chickens, and cows. Bob loved his John Deere Gator and called it his “saddle horse.” He often read the Regina Leader Post, farm papers, and magazines to stay on top of world events and farming news. He was a member of the Assiniboia Kinsmen Club, K-40’s, St. John’s Masonic Lodge, and the Wa Wa Shrine Club. Bob also served on the Assiniboia Rural Telephone Board and the Assiniboia Rural Fire Association. He enjoyed curling in his younger years and snowmobiling with neighbours. Bob and Joyce loved to travel together and spent their winters in Arizona for 27 years. They enjoyed happy hour with friends, visiting, playing cards, and spent many hours playing Bumps. Their home was always open to friends and neighbours. He wore his Wrangler jeans proudly, loved John Deere equipment, enjoyed country music, believed in the importance of a firm handshake, and took great pride in keeping his farmyard well manicured and vehicles sparking clean. Bob treasured time spent with his family and was so proud to attend his only grandson’s high school graduation in Montana this past May. Bob was a true gentleman and a prince of a man. He will be dearly missed by family and friends. Bob is survived by his loving family, son Dale Kindt; daughter Allison Krogedal, very special grandson Hunter Krogedal; sisters Lois Harris, Diane (Roger) Marchand; sister-in-law Donna (Allan) Lowes; numerous nieces and nephews. He is predeceased by his wife Joyce Kindt (2018); parents Carl and Phoebe Kindt; sister Marj Peebles. Celebration of Life was held on Saturday, October 12, 2019, 2:00 p.m., at St. George’s Roman Catholic Church, Assiniboia, SK. Celebrant was Elan Grondin. Urn bearer and eulogist was Hunter Krogedal. Honour guard was formed by the Masonic Family. Private Family Interment took place at Emmanuel Prairie Gardens. Memorial donations in memory of Bob may be made to the Shriners Hospital for Children, c/o Wa Wa Shrine Centre, 2065 Hamilton St., Regina, SK  S4P 2E1, Emmanuel Prairie Gardens, Box 1706, Assiniboia, SK  S0H 0B0, or a charity of your choice.

Share Your Memory of
Bob
Upload Your Memory View All Memories
Be the first to upload a memory!
Share A Memory
Send Flowers