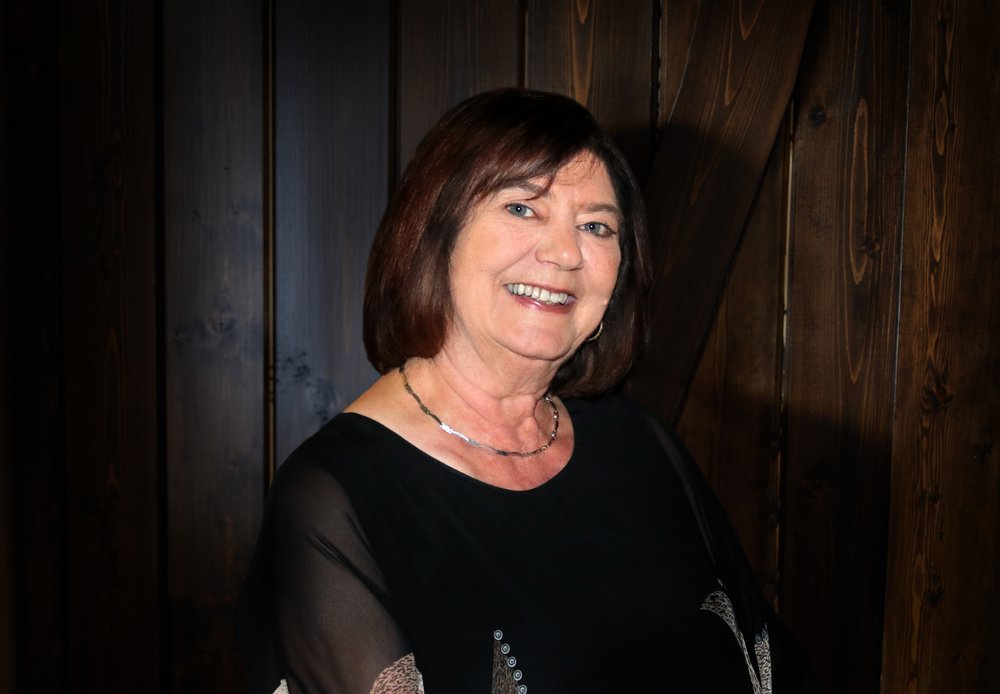 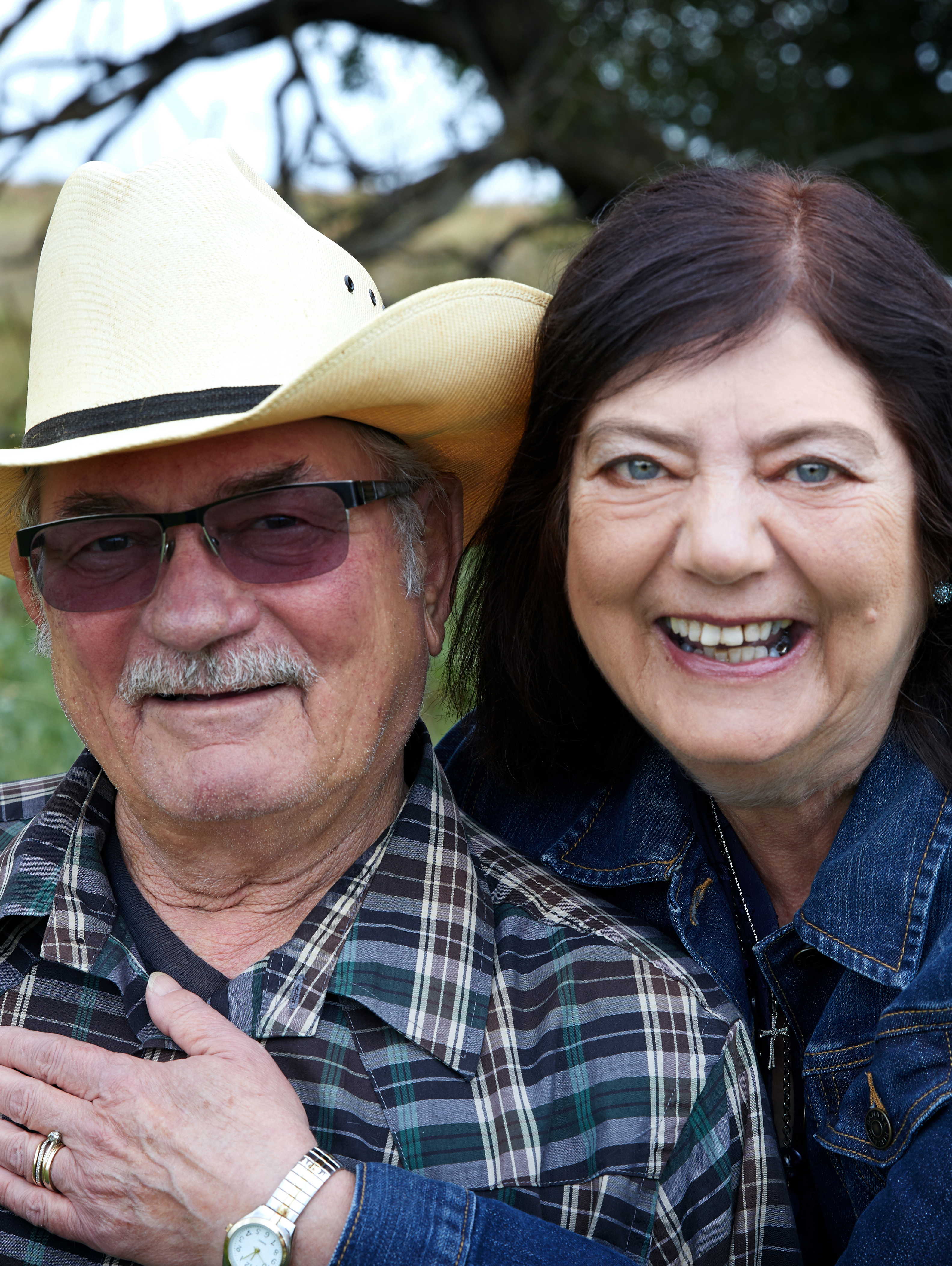 A Family Invitational Celebration of Life

A family invitational Celebration of Life for Arleen Zahariuk (nee Evenson) will be held Saturday, June 13, 2020, at 2:00 p.m., at the Family Farm in Flintoft, Saskatchewan. If you require further information, please contact Piche-Hawkins-Grondin Funeral Chapel at 306 642-5551.

“It is with great sadness we announce the passing of our dear parents Arleen and Gordon Zahariuk.”

Arleen Tilda (nee Evenson) Zahariuk, passed away peacefully at the Assiniboia Union Hospital, Assiniboia, SK on June 4, 2020, surrounded by her loving family, at the age of 67 years. Mom battled cancer with unparalleled strength and courage. She never complained, but faced every single challenge with grace and unwavering love for her family.

Gordon Douglas Zahariuk unexpectedly passed away on June 17, 2020, at his home in Flintoft, SK at the age of 72 years.  Dad died just two weeks following mom’s death, as his broken heart simply could not go on without her.  Theirs is the ultimate love story that spans close to 50 years and God knew they could not be apart.

Mom was born June 6, 1952, in Bengough, SK., the youngest of three children born to Alvin and Elizabeth (nee Scott) Evenson.  As the baby of the family,  she adored her two siblings, Freda and Delmer and looked up to them.  She was that apple of her Dad, Alvin’s eye sharing his love of horses and rural life. She enjoyed time spent with her Mother, Elizabeth who will turn 100 in 2020. Mom was an easy-going, quiet mannered, a person who loved the ranch life, the land, the livestock and most importantly, her family. Mom seldom missed any event that her children or grandchildren were involved with.  We could always count on Mom to be in the stands cheering each of us on, no matter what we were doing. She was so excited that she got to meet two of her great-grandchildren.

Dad was born on September 2, 1947, on the family farm NW 9-6-3 W3rd in the RM of Old Post. He was the youngest child born to Alex and Virginia (nee Coroluick) Zahariuk. He grew up with his sister Maryann and brother Ted. He had an intense love for the land, livestock, and felt blessed to work alongside his parents, then brother Ted, and his children. Dad had a great eye for cattle and instilled that knowledge in his children. He took great pride in the fact that his two sons, Grady and Larry,  worked with him and Mom as they ran the Twelve Mile Ranch until his very last day.

Dad met the love of his life, Arleen, on a trail ride. There was no doubt it was love at first sight. The two were simply smitten from their first glance. They were married on September 26, 1970, at the Lutheran Church in Assiniboia, SK. The first few years of their marriage were spent in Bengough on Arleen’s parents' farm. Dad liked to say that soon after the wedding, they were blessed with an “instant family.”  They welcomed their first child Corinne in 1971 and were quickly and bountifully blessed with three more children, Grady in 1973 and twins Lorry and Larry in 1974.  The family then moved back to Flintoft where Mom and Dad took over his parent’s farm, making this their forever home.

Arleen was an accomplished horseman, a wonderful host, a great cook, made the best cabbage rolls, could sew anything and grew a large vegetable garden. On an average day, she could be found driving the grain truck, making supper for the farm crew, teaching kids and grandkids to ride or halter break 4-H calves, mending jeans, and helping with school projects. She unselfishly devoted herself to her family.

Gordon worked hard, played hard, and loved hard.  He was a talented musician, earning enough money to buy his first guitar by selling pelts from his trap line. He loved fishing, family, friends and everything about being a farmer and rancher.  Dad’s storytelling was memorable and he enjoyed visiting with anyone.  No one was a stranger when Dad was around.

Mom and Dad were rarely apart- from fishing to harvesting, to branding, to trips with friends, to card games, to attending just about every grandchild’s event. They did it all together. They both faced cancer bravely, supporting each other faithfully through it all. “Our hearts are broken, but we take comfort in knowing they are together again.”

A Celebration of Arleen’s Life was held on Saturday, June 13, 2020, 2:00 p.m. at Her Family Farm in Flintoft, SK with Pastor Todd Moroz officiating. Urn Bearer was Cade Gibson, her eldest grandson; Eulogy was presented by her children, Corinne Gibson, Grady Zahariuk, Lorry Okraincee and Larry Zahariuk; Special music “Remember When” was sang by her daughter Lorry Okraincee and accompanied by Tammy McLean; Honour Guard was Arleen’s most treasured Grandchildren and Great Grandchildren; Slideshow was created by Makinley Okraincee, her granddaughter.

Memorial Tributes given in Arleen’s and Gordon’s name to the Wood Mountain Regional Park were greatly appreciated.

Share Your Memory of
Arleen
Upload Your Memory View All Memories
Be the first to upload a memory!
Share A Memory