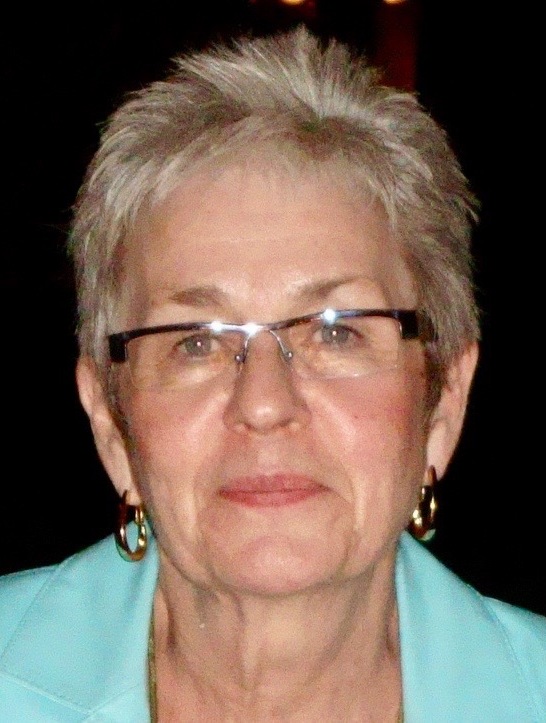 2:00 pm
Our Lady of the Assumption Co-Cathedral
1st Avenue Main Street
Gravelbourg, Saskatchewan, Canada
(306) 648-3322
How to Get on to the Live Stream Go to Piche Hawkins Grondin Funeral Chapels’ Facebook page. Next you will have to press the play button. The service’s live stream will become available five minutes prior to service time.

Marion Ellen (Huel) Piché was born January 7, 1944 in Gravelbourg, SK to Pierre and Irene (Griffin) Huel.  She attended both elementary and high school in her hometown.  After graduation, she attended Stella Viae, an international Girl’s Finishing School of the Jesus Mary Nuns in Rome, Italy.  Upon her return to Canada, she completed a Bachelor of Arts degree at the University of Saskatchewan and pursued her Education degree at the Universities of Alberta and Regina.   She married Claude Piché in Gravelbourg, SK on June 8, 1968.  Marion began her teaching career in 1968 in North Battleford, at the North Battleford Collegiate Institute, where she taught French.  In 1970, she returned to Gravelbourg to teach and raise her family.  Stéfan Marcel was born on July 24, 1976.  Désirée Jeanne was born on February 23, 1983.  Marion taught French for many years at the Gravelbourg High School.  She had a lasting impact on her many students over the years.  Marion received her Masters of Education from the University of Oregon in 1987 and became the Director of Education for the Gravelbourg School Division in 1988.  Marion became the Assistant Director of Education for Golden Plains School Division when the amalgamation of the two school divisions occurred in 1997.  She retired from the position in 2002 and became a member of the Prairie South School Division Board of Directors until 2009.  Marion was a strong proponent of the bilingual program in the Gravelbourg schools.  She was instrumental in the founding of the Gravelbourg High School Bilingual Program in 1990.  Marion inspired and was a mentor to all those she worked with.

Most of all, Marion was devoted to her family.  Marion’s grandchildren gave her purpose and brought great joy to her life.  She also held a special place in the hearts of her nieces and nephews.  She will be lovingly remembered by her husband Claude Piché, son Stéfan (Ariane) Piché, grand-daughters Ève and Amélie, daughter Désirée (Jordan) Brisebois, grandsons Luc and Benoît, sister Denise (Jean) Gauthier, and her many nieces and nephews.

Due to COVID restrictions, a private funeral will be held on Sunday, October 25, at 2 pm at Our Lady of the Assumption Co-Cathedral, Gravelbourg, SK.  In lieu of flowers, memorial donations may be made to St. Joseph’s Hospital/Foyer D’Youville Foundation, Box 810, Gravelbourg, SK, S0H 1X0.

Share Your Memory of
Marion
Upload Your Memory View All Memories
Be the first to upload a memory!
Share A Memory