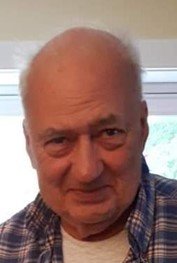 A live stream for this service will be available on Piche Hawkins Grondin Funeral Chapels Facebook page five minutes prior to service time.

Passed away peacefully in Mankota, SK surrounded by his loving family.

Survived by his brothers John (Oshawa, ON) and Frank (Squamish, BC).  He was a faithful “Uncle Phil” to his brothers’ children and grandchildren, by whom he was greatly loved and will be sorely missed.

He was a faithful member of the Prince George Legion and the Crusin’ Classics Car Club. He will be missed by his coworkers and his many friends in Prince George, where he lived for most of his life.

A private funeral will be held in Mankota, details to be announced in the near future.

and yet it echoes on

in sweet refrains,
For every joy that passes,

Share Your Memory of
Philip
Upload Your Memory View All Memories
Be the first to upload a memory!
Share A Memory