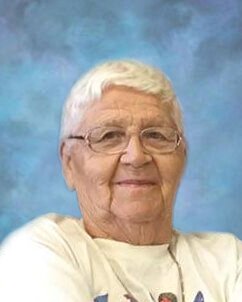 Shirley Georgina Galbraith (Bowman), the youngest child of Elmer and Annie Bowman, was born in Beechy, SK. She was raised on the family farm south of Beechy and attended Collins School.  After completing school, Shirley helped out around the farm.

Shirley was incredibly hard-working – in the home as a great cook, in the fields, and with the cattle.  Pat and Shirley worked side by side throughout their years on the farm. They enjoyed attending rodeos around the province and rarely missed the Beechy rodeo. Country music was also one of Shirley’s loves. In the early days, before there was good radio reception, she did a lot of singing while working and during drives in the old truck. In her later years at the Bentley in Moose Jaw, Shirley enjoyed making new friends and spending many evenings playing cards with them.

Share Your Memory of
Shirley
Upload Your Memory View All Memories
Be the first to upload a memory!
Share A Memory